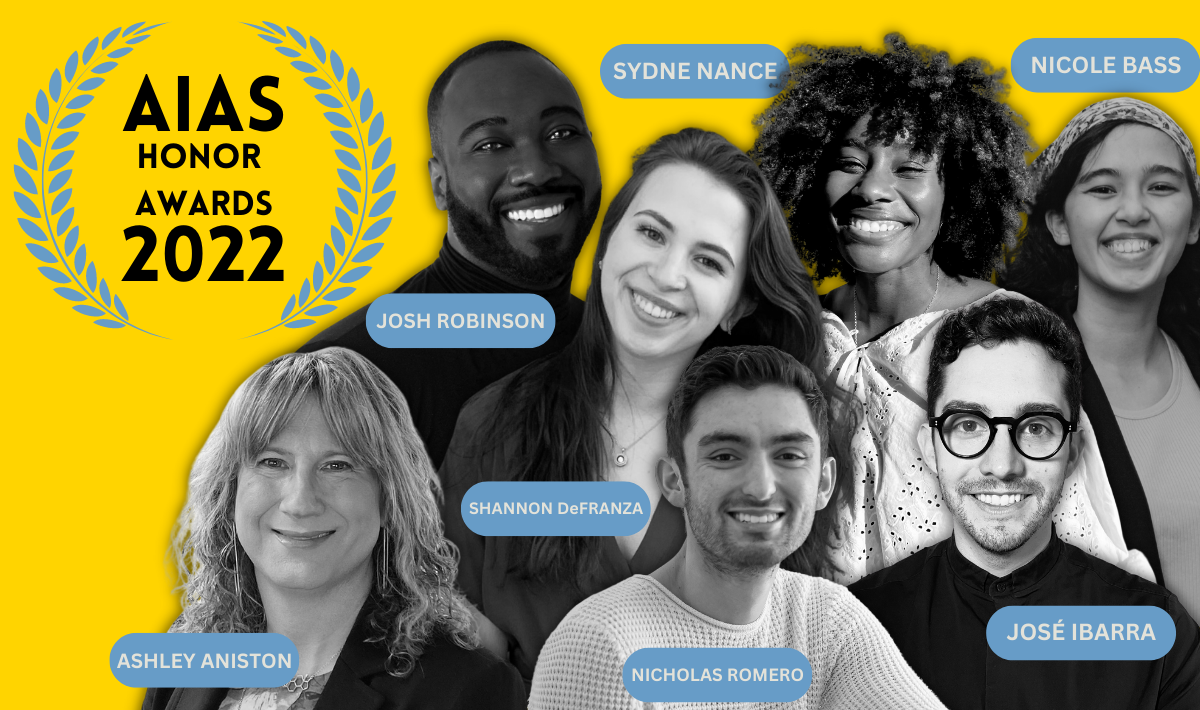 The AIAS Honor Awards were developed to publicly recognize outstanding achievements by students, educators, and practitioners who have exhibited an exemplary commitment to the education and development of architecture students. Each year the AIAS honors individuals and groups for their exemplary work in areas such as leadership, collaboration, design, scholarship, and service. Winners will be announced in Spring 2023 and celebrated at Grassroots 2023.

The American Institute of Architecture Students (AIAS) is pleased to announce a jury with diverse expertise for the 2022 AIAS National Honor Awards. The jury will be chaired by Shannon DeFranza, AIAS, Assoc. AIA, NOMA, and includes:

Shannon DeFranza is the Past National Vice President of the AIAS, and previously served as the Northeast Quad Director for the 2020-2021 Board. She also served as the Student Director on the ACSA Board for 2021-2022. She will be starting as a Designer with Page Southerland Page in Washington, DC. Shannon received a Bachelors of Science in Architecture in May 2021, graduating from the Honors Program at Roger Williams University as the valedictorian of RWU’s School of Architecture, Art and Historic Preservation. Shannon is passionate about public speaking and engagement, having recently spoken on mental health in education and the profession at the 2022 AIA Women’s Leadership Summit in San Jose, and was RWU’s Student Commencement Speaker for 2021.

Nicole Bass is currently serving as the AIAS National Vice President in Washington, DC. She’s a graduate of CUNY City College of New York and holds a Bachelors in Architecture degree. While at CCNY, she served in various leadership roles in AIAS, NOMAS, and student government to make impactful initiatives for Spitzer’s architecture education and environment. Nicole will pursue licensure and stay active in architectural organizations that serve and give back to the community in the local New York City area.

Sydne Nance is an MBA candidate at the New Jersey Institute of Technology Martin Tuchman School of Business, and holds a Bachelor of Architecture degree from the Hillier College of Architecture & Design at NJIT. Her professional work includes being an Architectural Associate for Studio 1200 in Short Hills, New Jersey and Editorial Assistant for Madame Architect. Sydne is passionate about mentorship and improving diversity within architecture and design. Outside of her work, she is a member of the Alpha Kappa Alpha Sorority, Incorporated, NOMA, and is an associate member of AIA.

Nicholas graduated with his masters degree at the University of New Mexico in 2021.  After graduating,  Nicholas took a position with GSBS Architects as an Emerging Professional in Salt Lake City, Utah where he currently resides. Nicholas served on the AIAS Board of Directors as the West Quad Director during the 2021-2022 year. He has continued to develop himself professionally by getting involved with the local AIA and NOMA chapters. He is also currently studying for the A.R.E. In Nicholas’s free time he enjoys the outdoors, hiking, skiing, spending time with friends and family as well as his puppy Oliver!

Ashley Aniston is a Senior Designer with Iron Horse Architects in Denver. She has successfully guided projects from conceptual design through construction for hospitality, commercial, and institutional spaces. During her years as an educator at esteemed institutions such as Savannah College of Art and Design, Clemson University, and Colorado State University she trained and mentored hundreds of emerging designers in the context of NAAB and CIDA accredited programs.

José Ibarra is a Venezuelan-American designer, researcher, and educator whose interdisciplinary work focuses on the intersection of architecture and environmental uncertainty. He is assistant professor of architecture at the University of Colorado Denver, founder of Studio José Ibarra, and co-founder of House Operations and the Agency for Work and Play. Ibarra’s work deals with architectural processes, time, and geoempathy. His recent projects and writing investigate cross-species collaborations across different temporal scales, ultimately proposing design tactics for environmental remediation and justice. Together with Caroline O’Donnell, he co-edited the book, Werewolf: The Architecture of Lunacy, Shapeshifting, and Material Metamorphosis (AR+D, 2022). Most recently, he was awarded the 2022 ACSA/AIA New Faculty Teaching Award.

Josh Robinson is a healthcare designer and researcher at ZGF Architects, New York Studio. He specializes in community health, cancer care, and children’s hospitals. Josh’s research focuses on non-medical detainments often asking, how can a hospital heal beyond the patient?