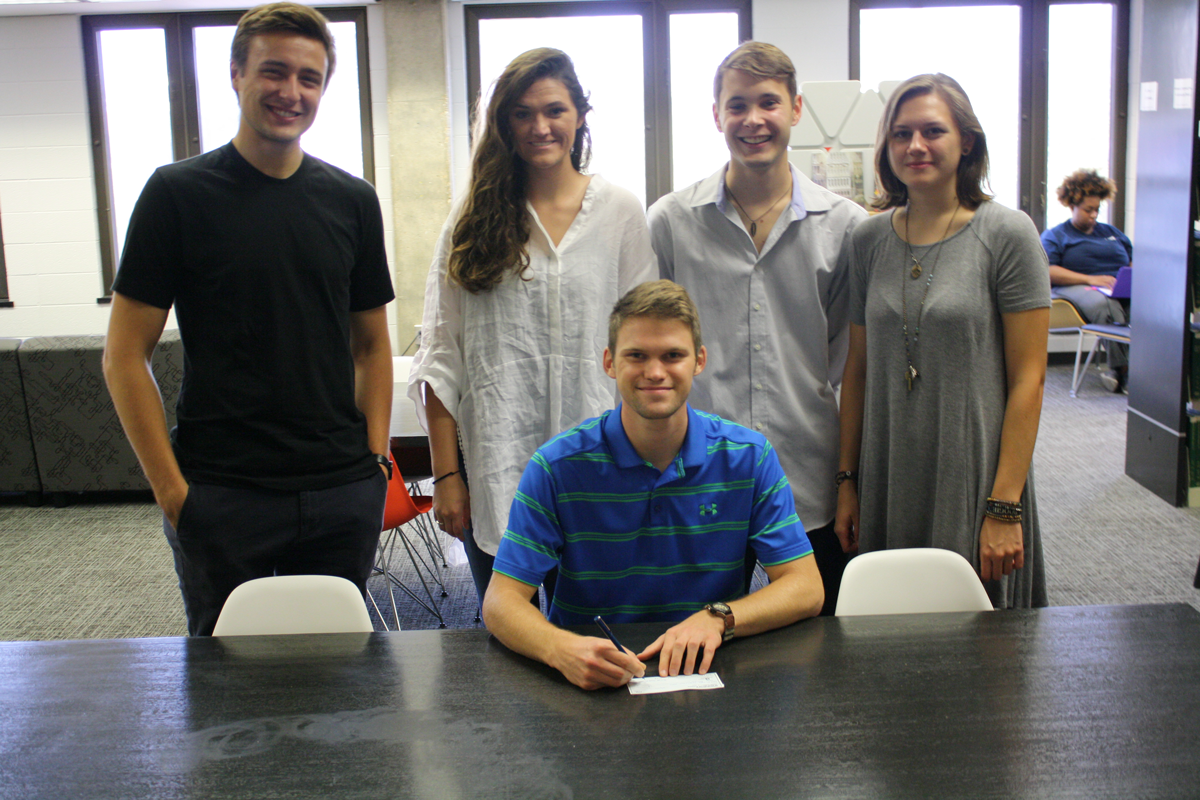 The Auburn University Chapter of the AIAS goes to great lengths to advance leadership, design, and service among its members.  For the past five years, its executive board has been  taking action to establish an endowed student scholarship that is to be awarded annually to its members. However, the criterion for starting such a scholarship at Auburn University requires an initial fund of $25,000. With this in mind, the chapter has actively been accumulating the necessary revenue through small-scale fundraisers such as the weekly sale of hot dogs at “Dog Days,” large-scale fundraisers such as the sale of pumpkins and a napkin sketch silent auction at “Pumpkin Carve,” and general frugality in regards to the executive board’s financial decisions.

In September of 2017, when the chapter had nearly halfway reached its goal, an external donor contacted the school who was willing to contribute funds to aid the campaign.  Paul Kardous, a past officer of Auburn’s chapter of the AIAS, traveled extensively during his studies at Auburn and beyond his graduation, and holds that these experiences critically impacted his understanding and practice of architecture.  After collaboration between Christian Dagg, the School Head of Architecture at Auburn and Academic Advisor of its AIAS chapter, Paul Kardous, who currently practices architecture out of New York City, and the 2017 executive board, Kardous generously agreed to contribute $3,000 over the next five years, totaling $15,000. Kardous’ only request was that the scholarship solely be awarded to support students as they travel abroad. This contribution, combined with the $10,000 accumulated by the AIAS chapter, will total the university’s requirement.

While the “AIAS-Kardous International Travel Award” will not be awarded for five years, Auburn University’s AIAS executive board is eagerly looking forward to seeing the benefits that it will offer to students.  It is noteworthy that this is not the accomplishment of any single person, but of the combined efforts of many passionate leaders who are fiercely attached to our chapter and what the AIAS stands for.