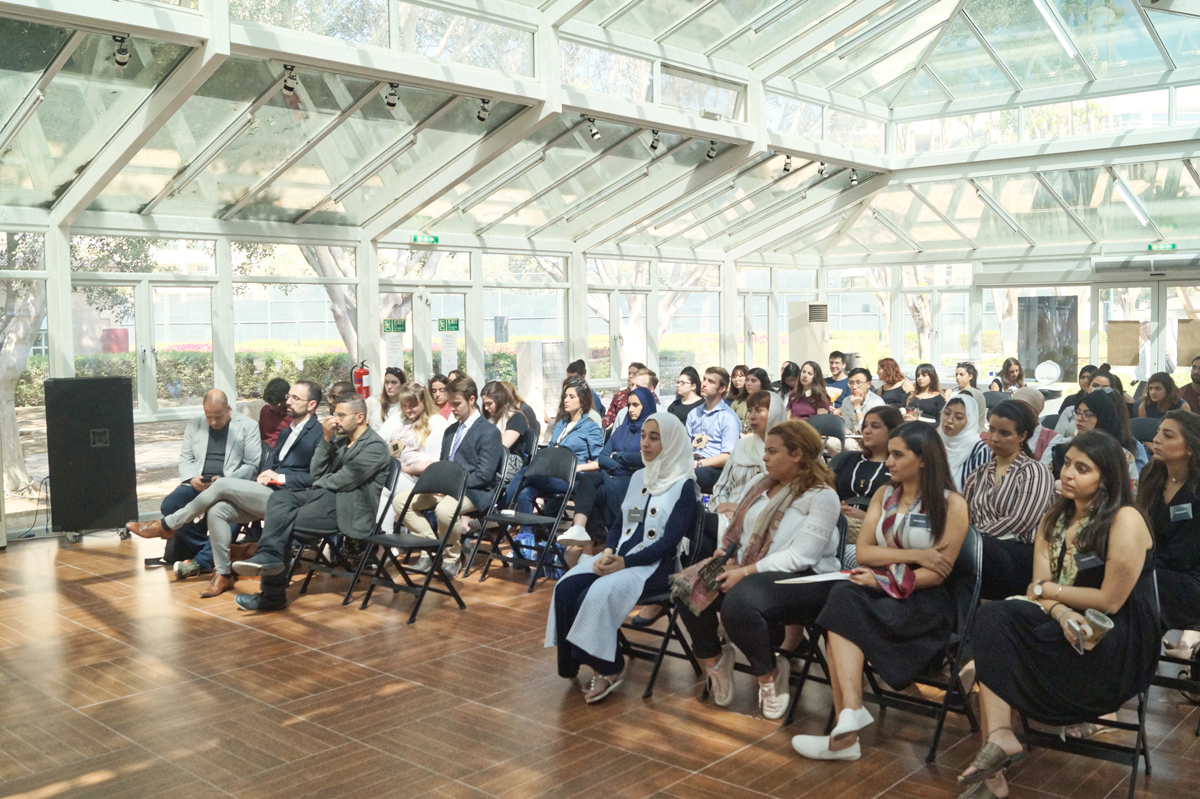 We, The American University in Dubai AIAS Chapter, had the privilege of hosting The first International AIAS Conference in Dubai. Around 80 students came to the university to attend the conference, representing 9 schools from all around the world. A few national visitors made an appearance, including AIAS National President, Keshika De Saram, and AIAS National Vice President, Elizabeth Seidel. As it was our first time planning an event of this size, it was a great reward to learn all about it and see it become a great success. The Conference consisted of multiple exciting activities from city tours to workshop to lectures from some of the most important local and international architecture firms.

The first day marked the beginning of the conference with an opening keynote speech from Dara Towhidi from Foster+Partners. It was then followed by an exciting opening ceremony where all the attendees met and shared conversation.

The second day had a busy schedule which combined various lectures, a workshop, and a traditional tour. The lectures were reflecting the theme of the workshop, the built and unbuilt. The first lecture was an Emirati Architect, Ahmad Bukhash, the founder of Archidentity. During his lectures, he explained the traditional features of an Emirati house, and how they implemented them in an innovative way in their residential designs. The next speaker was Geert Reitsma from Cebra Architects, he explained multiple projects in UAE and Denmark. Next was Ahmed Al Ali, the founder of X-Architects. Through his lecture, he took the audience on a journey around Dubai. In fact, he discussed the topography, urban planning and architecture in Dubai and its effect on the overall lifestyle. The last speaker of the day was Luca Vigliero from Perkins+Wills, he presented several projects and discussed the design process and development of each. After finishing the lecture, the participants were split into 2 groups. The first group went on a tour around Al Fahidi Traditional District. The second group headed towards Al Serkal Avenue, TechArc where they enjoyed a virtual reality workshop.

The third day started with a lecture by the Architect Philippe Lee, from the Agence France Museums, where he spoke about Le Musée du Louvre Abu Dhabi by Atelier Jean Nouvel. After that Killa Design gave a lecture about several projects in Dubai by the Architect Benjamin Piper. The last lecture was given by the Architect Wael Awar from IBDA Design. After the lectures, we had two field trips planned. Our first stop was to Art Dubai, Madinat Jumeirah. The attendees were fascinated by the beautiful work of Art that was there, and shared interesting talks with the artists. The second field trip was to the largest mall in the Middle East, Dubai Mall, and the Tallest Tower; Burj Khalifa.

The fourth day mainly revolved around discovering the wonders of Abu Dhabi. Our first destination was Le Musée du Louvre Abu Dhabi designed by Atelier Jean Nouvel. Attendees came across some of the most famous artworks from around the world, such as Vincent Van Gogh’s autoportrait or La Belle Ferronière by Leonardo Da Vinci. In addition, we did not hesitate to enjoy the outdoors of the museum, emphasized by the strategic presence of the sea and the ‘rain of light’ that result from an enormous multi-layered dome. The Sheikh Zayed Mosque, a grandiose landmark of the city, was the second destination of the day. From the use of white marble, golden details, and semi-precious stone finishes; we were all instantly emerged into a peaceful and calm mood.

Later in the afternoon, the bus returned to the AUD Campus with a positive energy full of singing, laughter, and enjoyment. This day had marked the end of the first International AIAS Conference. It was a great opportunity for us, AIAS AUD Chapter, to grow more as a team, but also pushed us to redefine our capacity to accomplish such an important event. We received positive feedback from all attendees, emphasizing on the opportunity of experiencing the cultural diversity of the United Arab Emirates, complimented by the contextual presentations of the different speakers.

We would like to thank the professors that helped us make this conference a possibility. Dr. Nabil Chenaf, The Dean of Architecture, Art and Design School, Dr. Georges Kachaamy, The Chair of the Architecture Department and our advisor and Assistant Professor, Professor Jose Carrillo. We would also like to thank all the faculty in the Department of Architecture, Central Services and Senior Administration who provided us their full support to make this event a success. 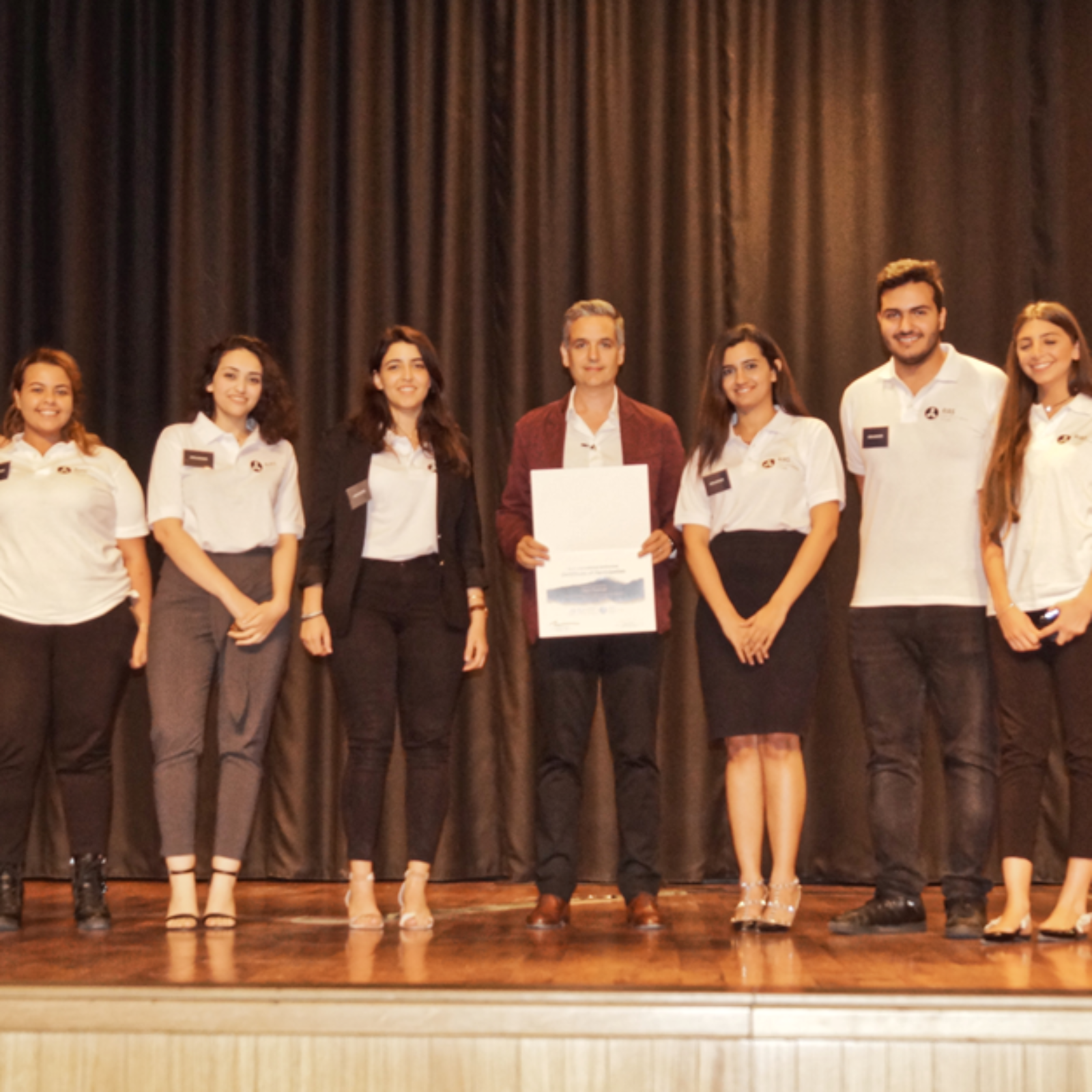 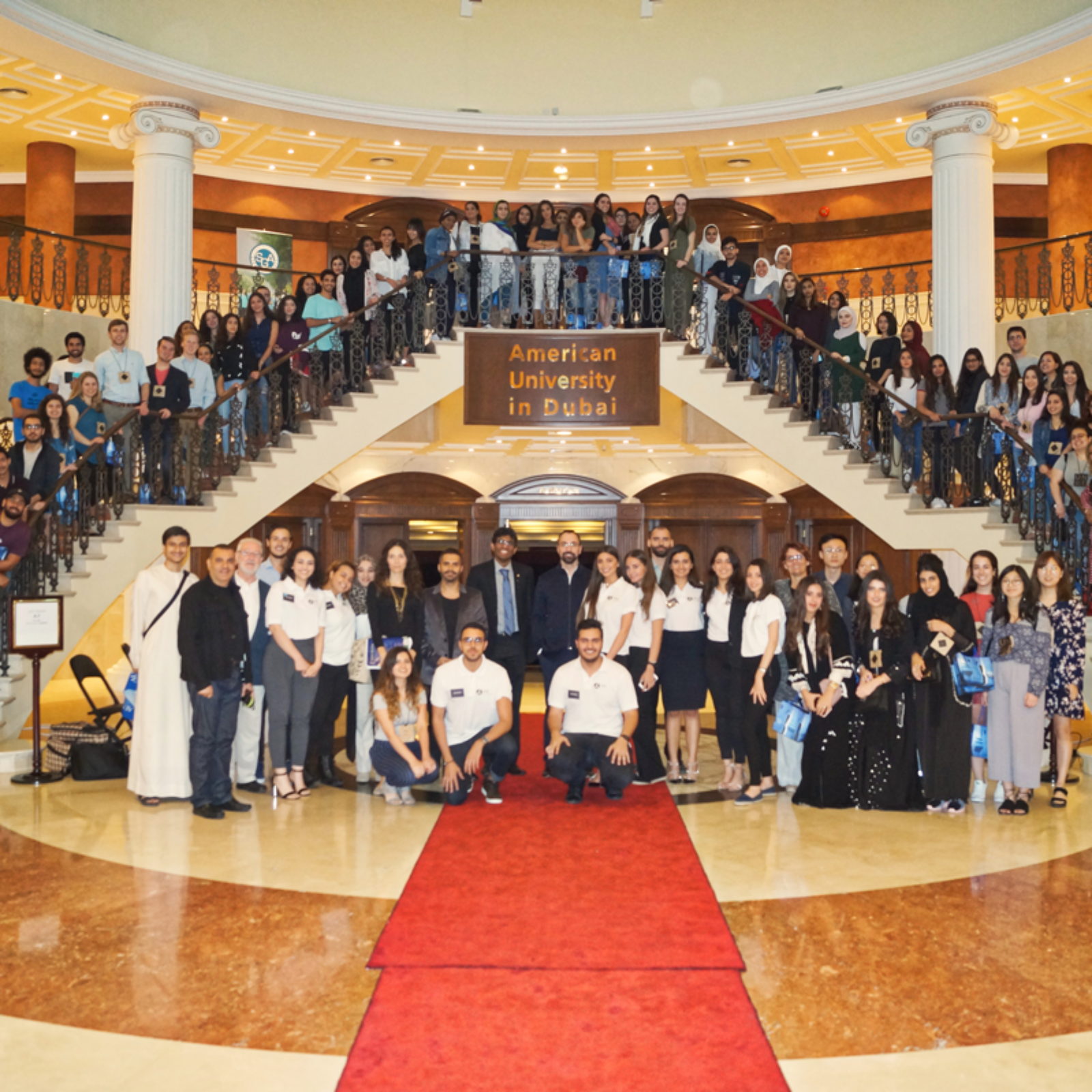 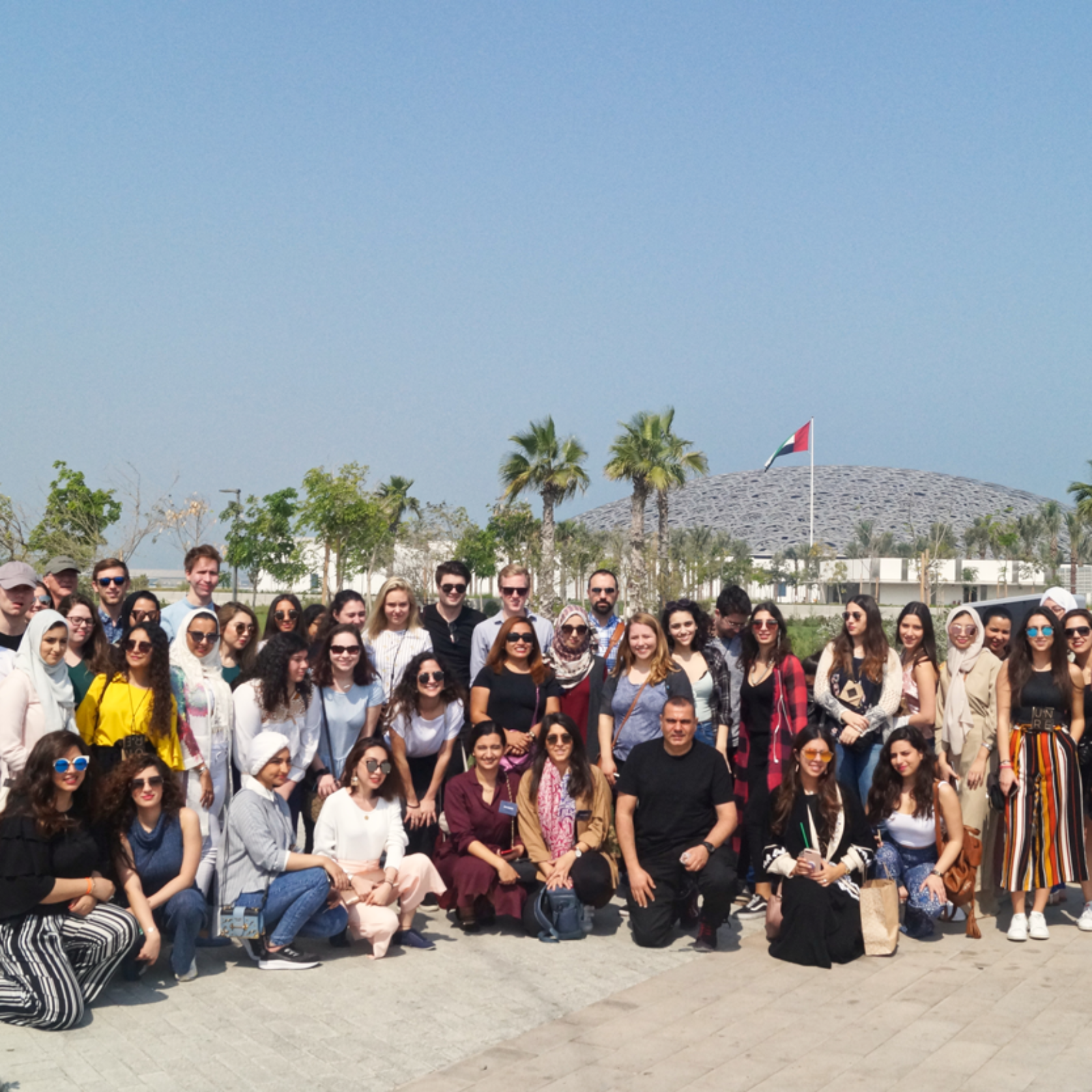 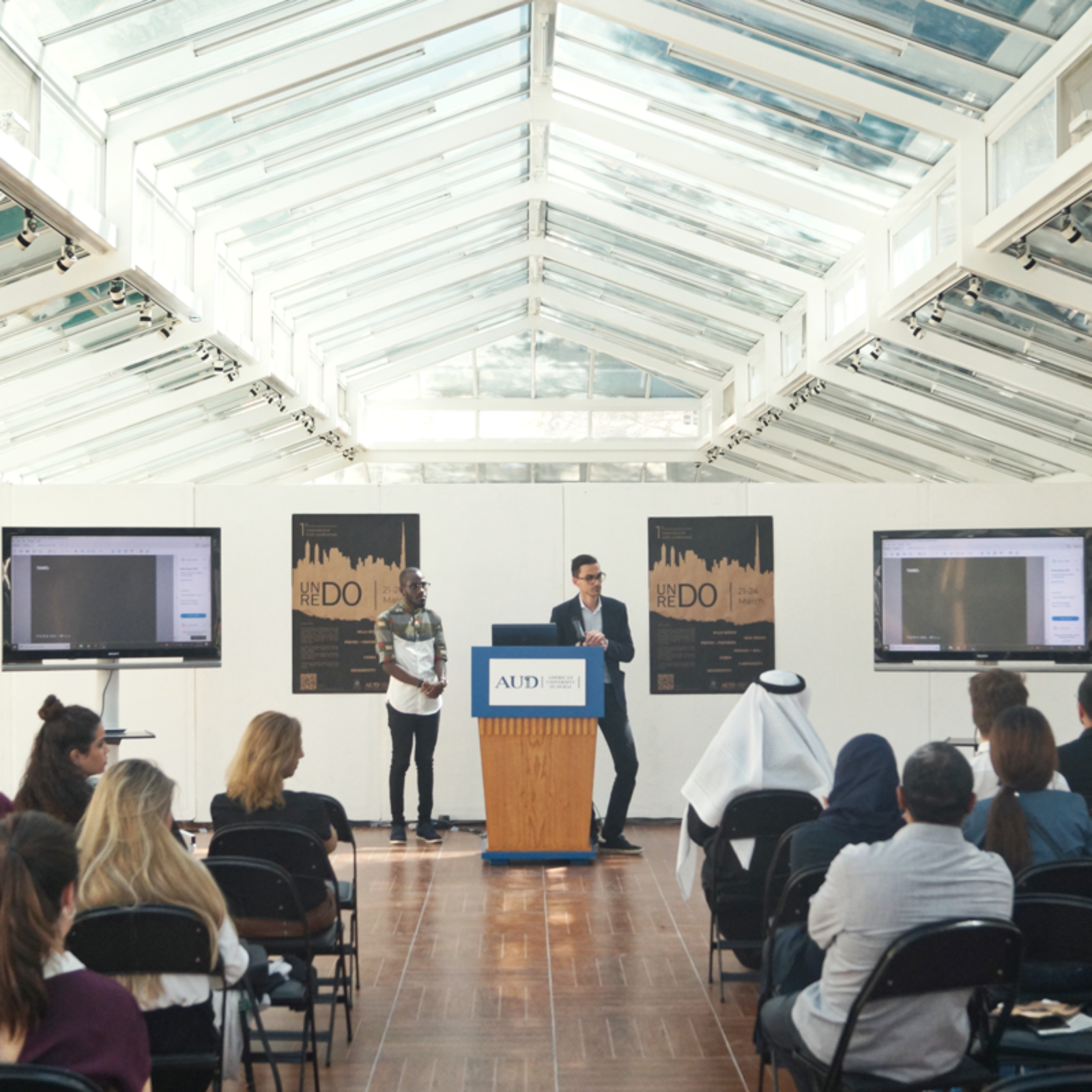 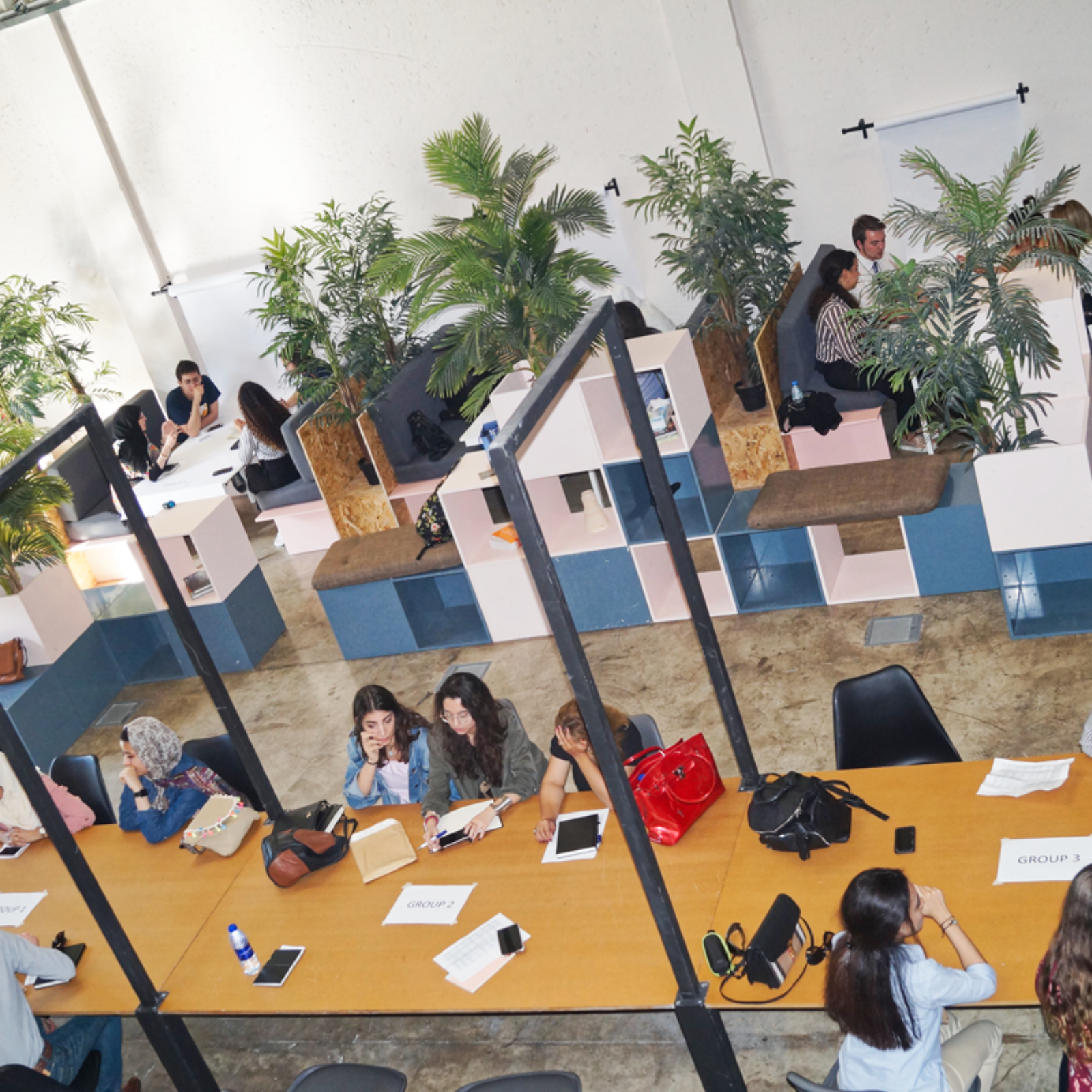 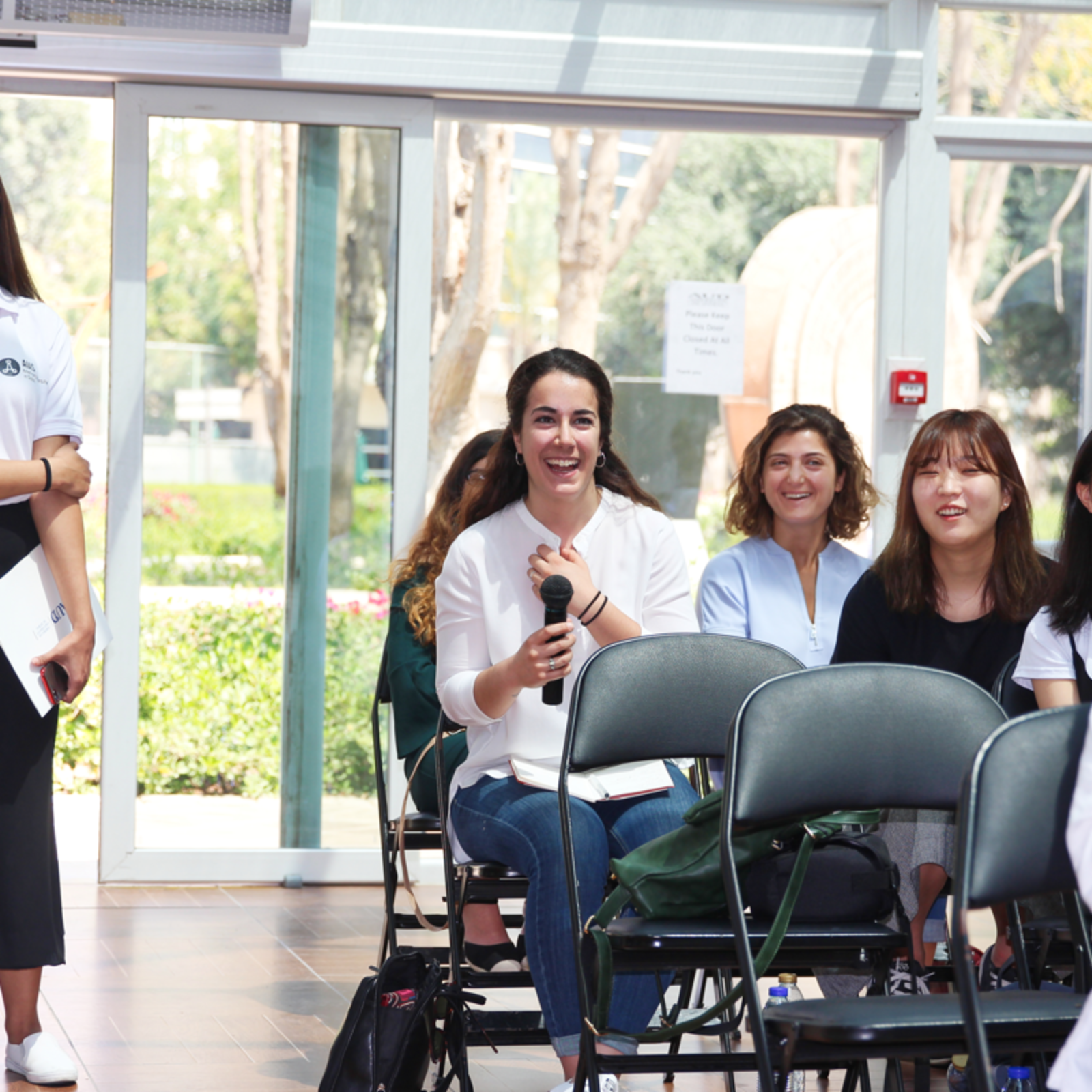 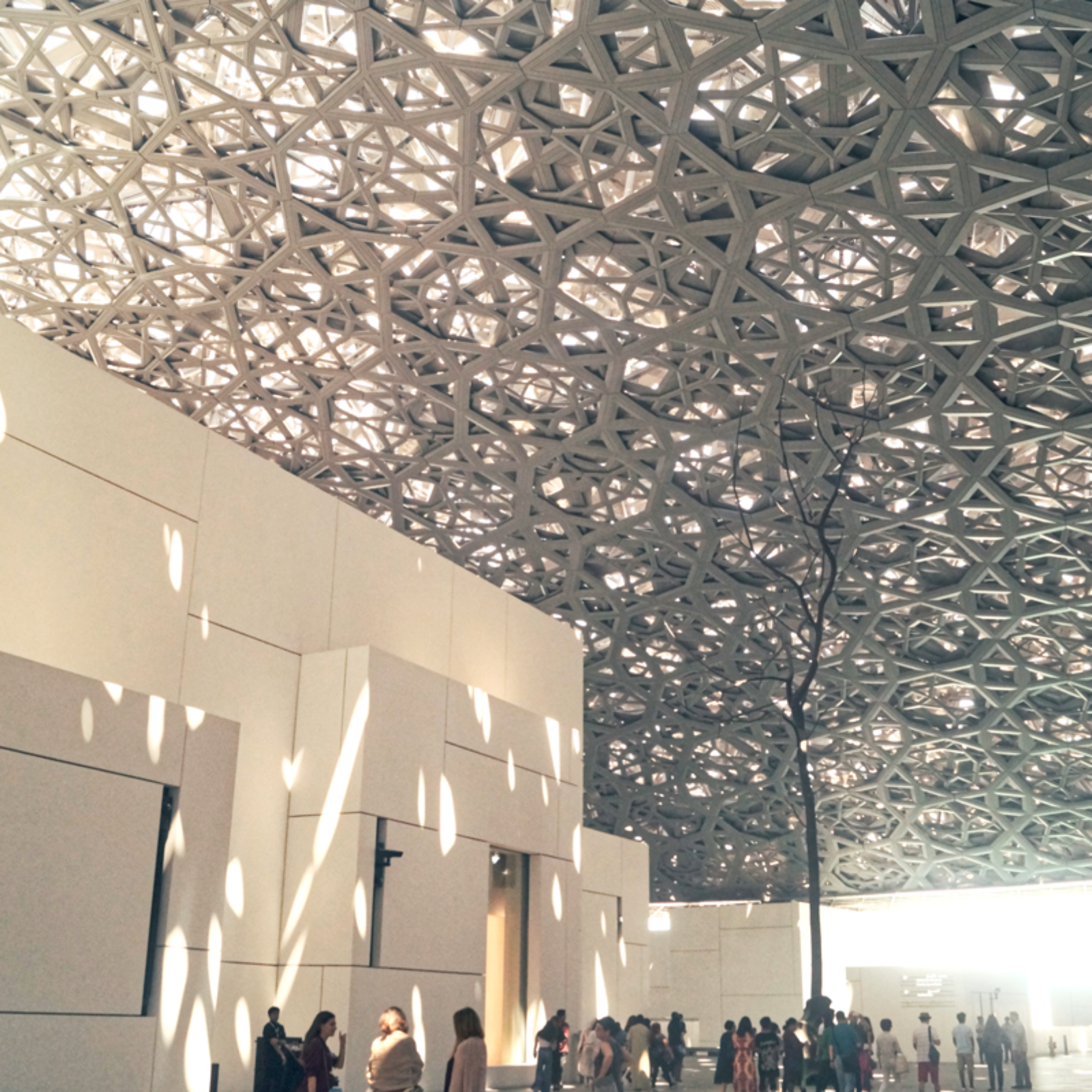 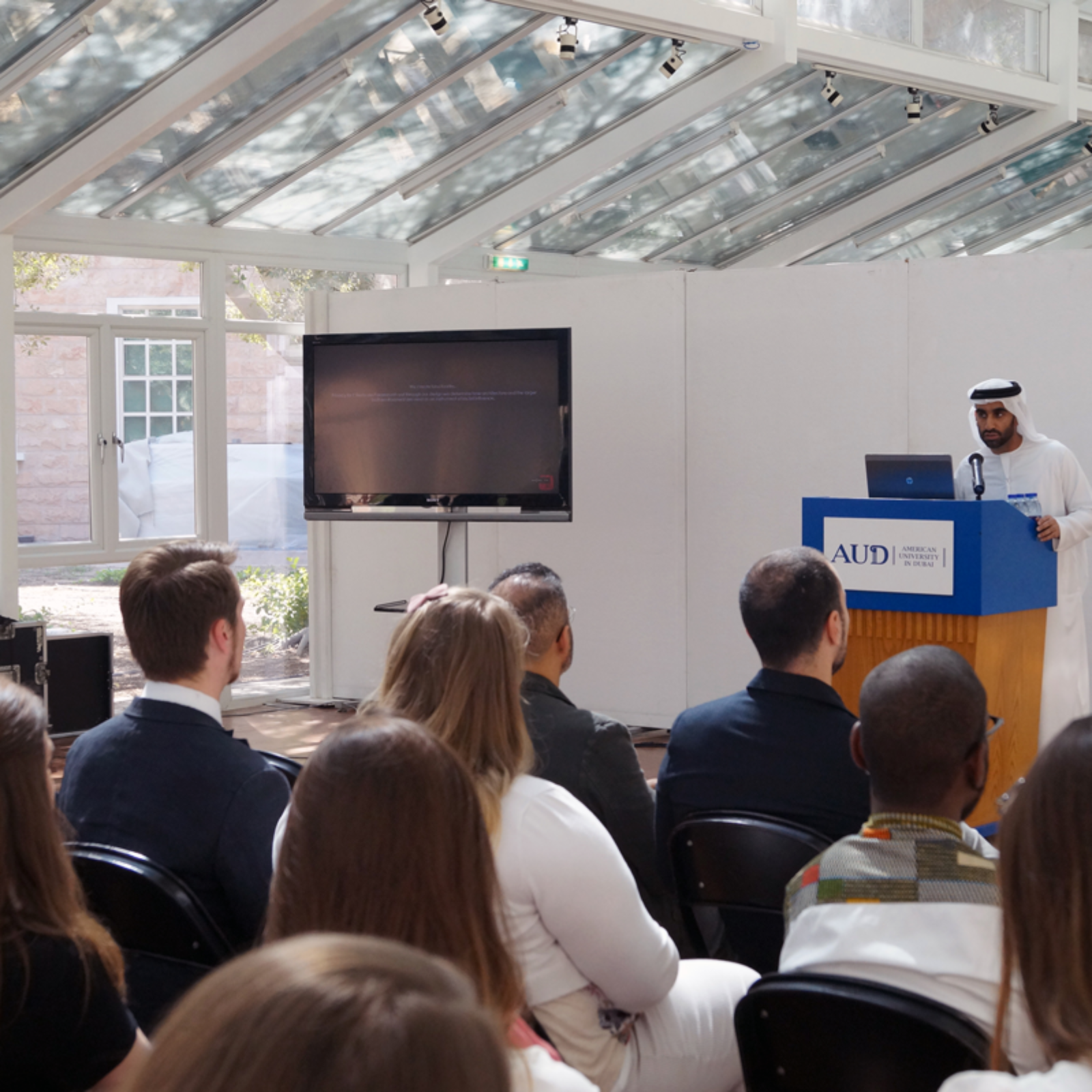 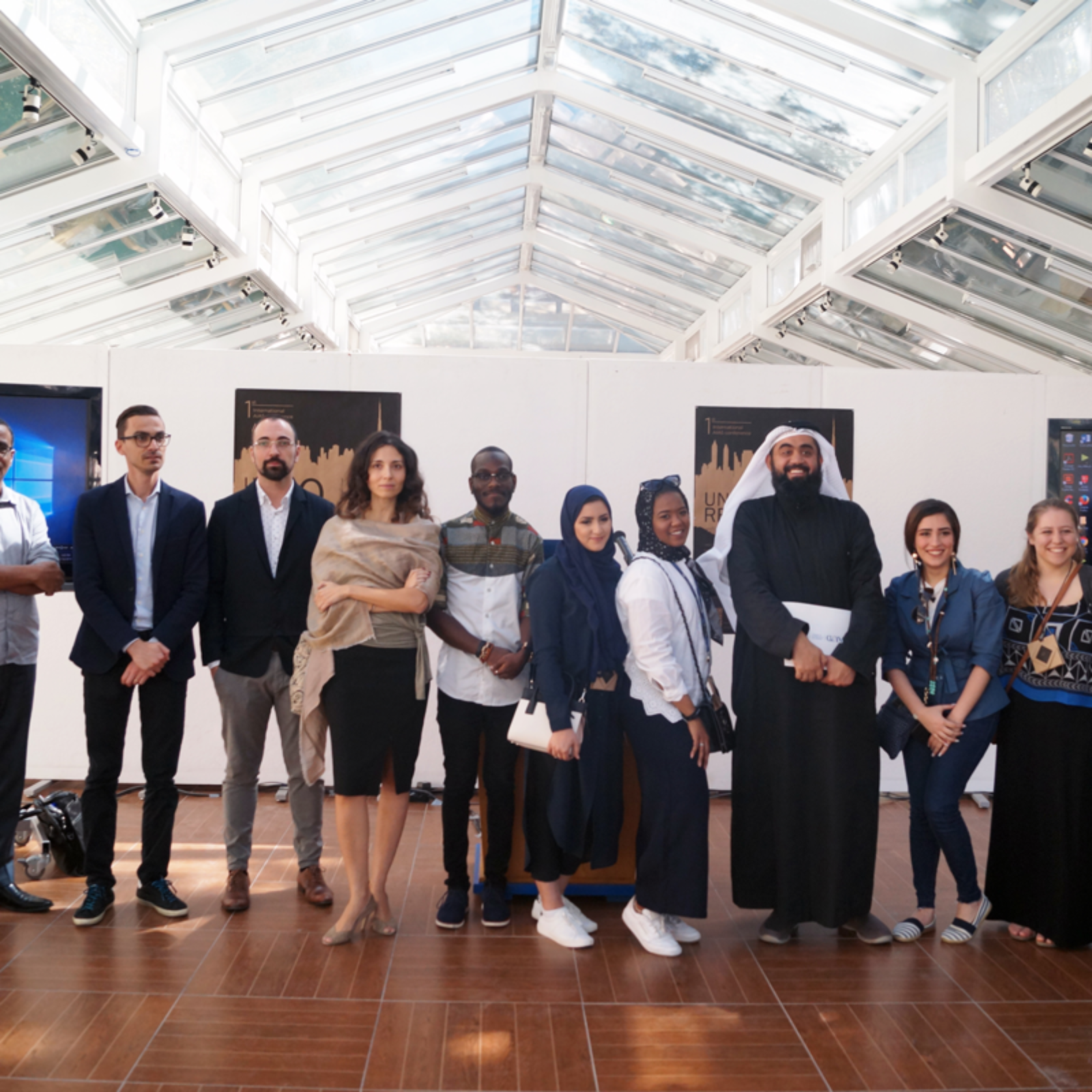 International-Conference-in-Dubai_12
© 2022 The American Institute of Architecture Students. All Rights Reserved.