AIAS member Maria Syed, a recent Bachelor of Architecture (B.Arch.) graduate from New Jersey Institute of Technology, was honored along with her collaborating partner Adriana Davis, also a recent B.Arch. graduate from the same university, for their submission to Blank Space’s Fairy Tales 2017 competition.

Blank Space partnered with the the American Institute of Architecture Students (AIAS) along with the National Building Museum, Archdaily, Archinect, Bustler and Design­Milk for the competition. Blank Space held a special celebration at the National Building Museum in February 2017 for all winners, participants, jurors and VIPs. The annual competition is open to all and invites architects, designers, writers, artists, engineers, illustrators, students and creatives to submit their own unique architectural fairy tales. Successful entries crafted a text narrative, along with 5 images, in the most spectacular way possible.

Through the partnership, 2016-2017 AIAS President and Vice President, Sarah Wahlgren and Rachel Law, served on the jury along with more than 20 leading architects, designers and storytellers, including Marion Weiss, Michel Rojkind, Jing Liu, Dan Wood and John Maeda, among many other distinguished judges.

The partnership also allowed for an AIAS Prize category for the top entry from an AIAS member, which is comprised of a $500 travel stipend and inclusion of their entry in Fairy Tales: When Architecture Tells a Story, a compilation of the 25 best entries to the competition, which was the honor bestowed upon Maria Syed and Adriana Davis. 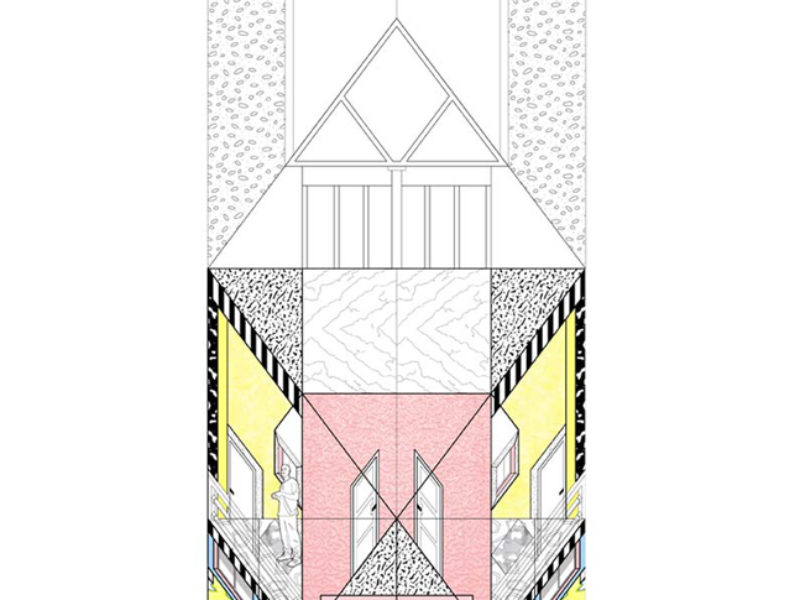 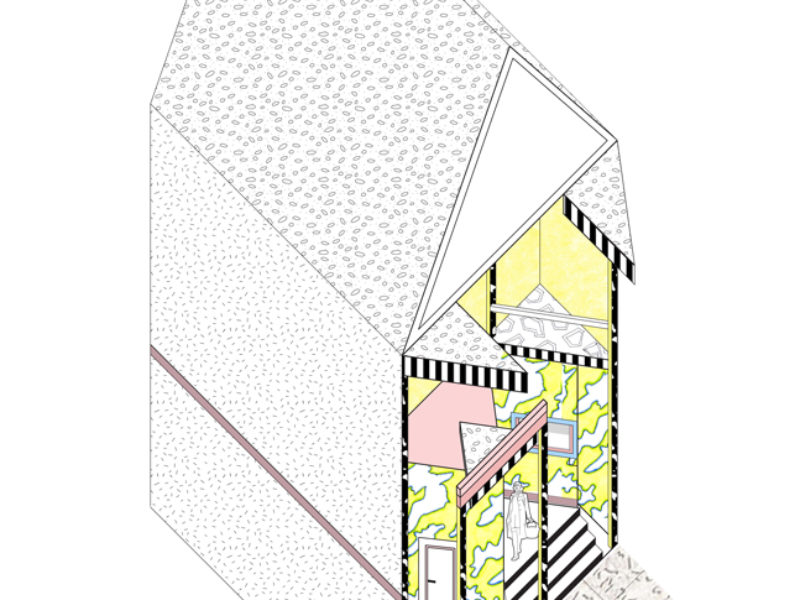 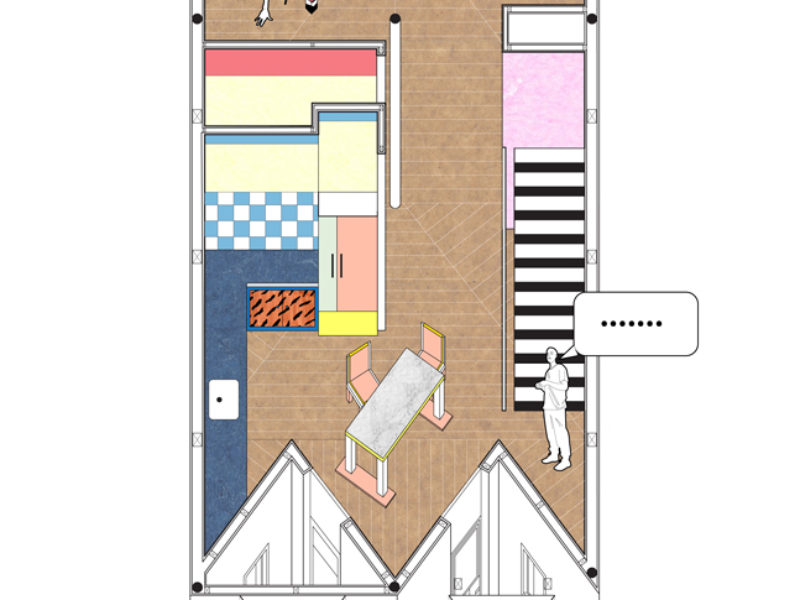 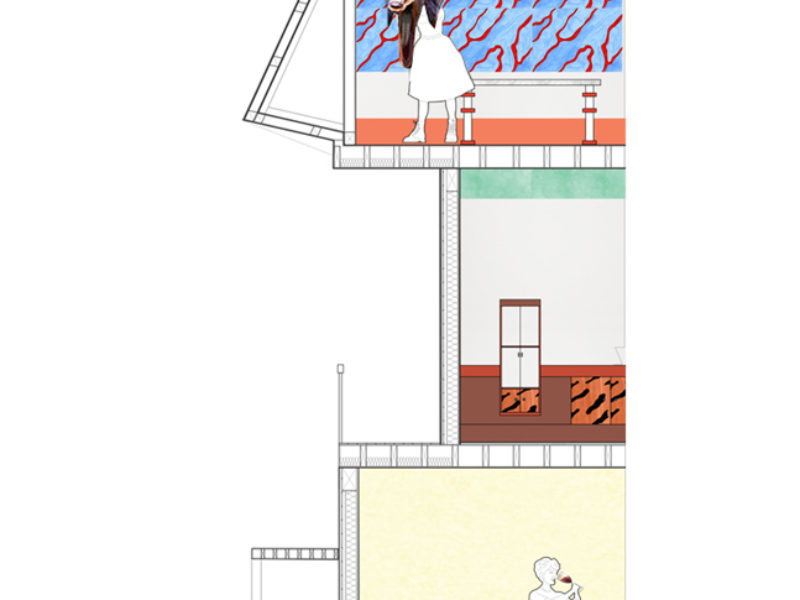 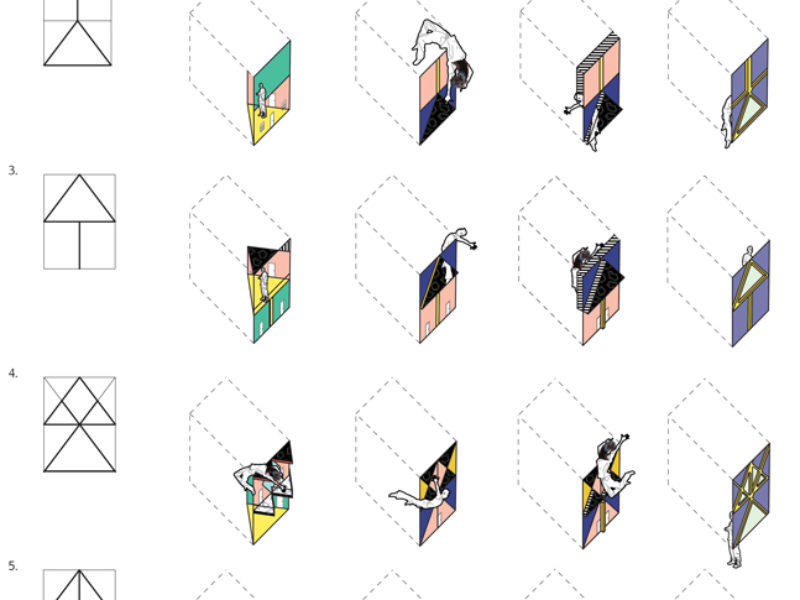 Their submission, Playing House, embodies the idea that architecture can eclipse the personality of its occupants, where the character and style of the architecture dictate the mood of the inhabitants. The loud textures and discordant angles of the home sparked the idea for the story: transitioning from room to room manifests itself in drastic physical and psychological change. The drawings, the genesis of the submission, address architectural conventions of projection drawings, merged with the unconventional appearance of the home to create friction. This act is mirrored in the story, where a typical visit from a neighbor turns peculiar. The two creators of this project worked closely throughout their undergraduate career, creating an inseparable partnership for their first collaboration.

Maria loves to travel, is enthusiastic about the social aspect of architecture and has a keen interest in collages and graphic representational drawings. Currently, she is working on a Masters of Infrastructure Planning and intends to get a license in architecture and planning.

Maria became a member of the AIAS in 2011, serves on the 2016-2017 Finance Committee, the 2016 CRIT Editorial Team, and has helped the National Office begin conversations with students in Pakistan.

Adriana Davis is known for her strong love of hand drawings, dogs and Scandinavia. Currently, she is a junior architect in the housing studio at IBI Group – Gruzen Samton in New York City, and hopes to attend graduate school in Fall 2018.

For more information about the Fairy Tales competition and to learn about the other 2017 winners and honorable mentions, visit blankspaceproject.com.