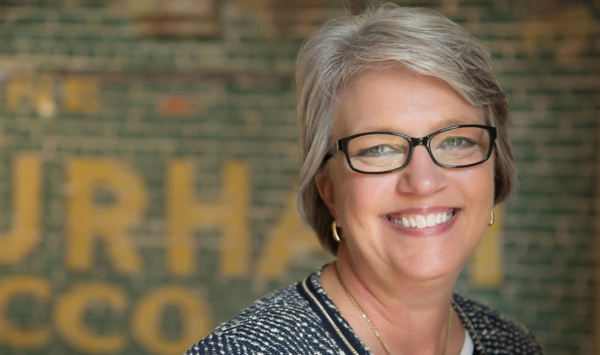 The American Institute of Architecture Students (AIAS) is pleased to welcome Kristine A. Harding, NCARB, FAIA, to its incoming 2019-2020 Board of Directors. Harding was the 97th president of the National Council of Architectural Registration Boards (NCARB) and only the third woman elected to this office in nearly 100 years. In this esteemed role, the Huntsville, AL, architect lead NCARB and its 54 U.S. licensing boards, which serve more than 40,000 NCARB certified architects and 41,000 licensure candidates.

“With guidance from our Member Boards, NCARB has become a leader in the regulatory world and an essential voice in the profession,” Harding said. “We will continue to strive for excellence, embrace innovative ideas, and build our community.”

During her term as president, Harding focused on implementing NCARB’s new experience and examination programs, enhancing benefits to the NCARB Certificate, and streamlining the path to licensure for experienced professionals.

Alabama Governor Robert Riley first appointed Harding to the Alabama Board for Registration of Architects in 2004, where she served as chair from 2008-2009 and served on the board until 2016. In 2011, Harding was elected to the NCARB Board of Directors to represent the Southern Conference (Region 3), which includes Alabama, Arkansas, Florida, Georgia, Louisiana, Mississippi, North Carolina, Puerto Rico, South Carolina, Tennessee, Texas, and the U.S. Virgin Islands.

Throughout her distinguished career, Harding has volunteered her time and expertise to several NCARB initiatives, serving as chair of the Procedures and Documents and Audit committees, as well as Board liaison of the Professional Conduct and Education committees. She also co-chaired the Intern Development Program (IDP) Advisory Committee, a joint venture between NCARB and the American Institute of Architects (AIA).  Currently, Harding chairs the NCARB Futures Task Force which is in its second year of existence.

Harding sat on the Alabama Council AIA and the North Alabama chapter from 1998 to 2007, serving as president of the Alabama Council in 2005. In 2011, she received the Alabama Council Accolade Award, the highest honor bestowed by the council, in recognition for her service to the profession. In 2016, Harding was appointed to the Association of Collegiate Schools of Architecture’s (ACSA) International Task Force and Education Coordinating Committee.  Harding was awarded Fellowship by the AIA in 2018, serves on the NAAB ARF’19 Steering Committee and will now serve as the NCARB Liaison to the AIAS for a three year term.

As Vice President and group manager of the Huntsville office of the KPS Group, Harding provides architecture, interior design, planning, and real property consulting services throughout the Southeast. An active member in her community, she also sits on the Cummings Research Park Design Control Committee and has served on the Huntsville-Madison County Marina & Port Authority, the Huntsville Sports Commission and Leadership Alabama Board of Directors.

Harding, who received a Bachelor of Architecture degree from Rice University, holds the NCARB Certificate and is licensed to practice architecture in Alabama and Tennessee. She resides in Scottsboro, AL, and works in Huntsville, AL.

Harding will be officially sworn into her role of NCARB Liaison, alongside the 2019-2020 National Board, this summer at the AIAS Grassroots Leadership Conference, held annually in July in Washington, DC. Harding will be serving a 3-year term, following the legacy of 2016-2019 NCARB Liaison, Dennis Ward, NCARB, FAIA.