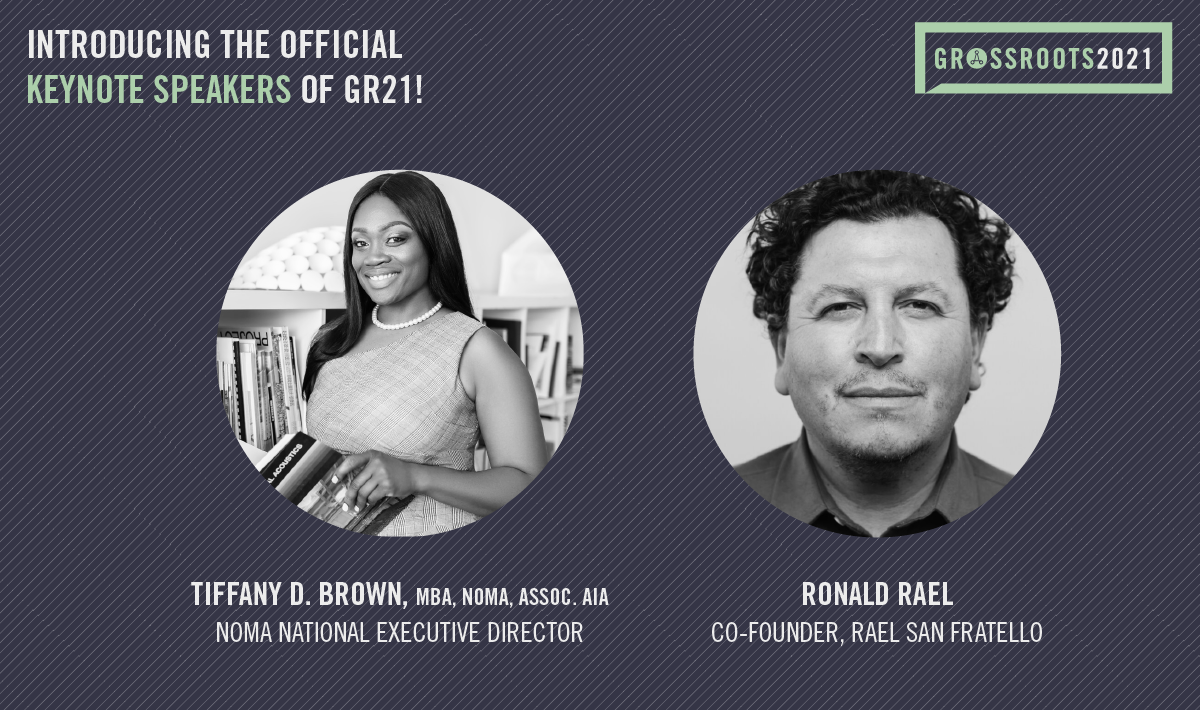 Tiffany Brown, MBA, NOMA, Assoc. AIA, is the Executive Director of the National Organization of Minority Architects. Brown has held national NOMA board leadership positions and is also a founding member of NOMA Detroit where she was the Vice President for 10 years.  She is a passionate leader within NOMA and the architecture industry, recognized by the AIA with the 2020 Associate Award for outstanding leadership and creative thinking in her community and in the profession. She was awarded the same AIA Detroit and AIA Michigan honors in 2019, and NOMA’s Member of the Year Award in 2020.

A pioneer for diversity and inclusion, she is a sought-after expert frequently speaking at national events including South by Southwest and the AIA Conference on Architecture, and is also featured in ESSENCE Magazine, AIA+Architect Magazine and Architectural Record. Brown created 400 FORWARD, which aims to seek the next 400 women architects with an underlying focus on African American girls. Her work with the organization was recently featured in a new documentary in partnership with Target, “Design for All.” Previously, she worked at SmithGroup and Hamilton Anderson Associates in Detroit. Brown earned her B.Arch, M.Arch and MBA from Lawrence Technological University.

Professor Ronald Rael is the Eva Li Memorial Chair in Architecture. His research interests connect indigenous and traditional material practices to contemporary technologies and issues and he is a design activist, author, and thought leader within the topics of additive manufacturing, borderwall studies, and earthen architecture. The London Design Museum awarded his creative practice, Rael San Fratello, (with architect Virginia San Fratello), the Beazley Award in 2021 for the design of the year, one of the most prestigious awards in design internationally. In 2014 his practice was named an Emerging Voice by The Architectural League of New York—one of the most coveted awards in North American architecture.

Rael is the author of Borderwall as Architecture: A Manifesto for the U.S.-Mexico Boundary, an illustrated biography and protest of the wall dividing the U.S. from Mexico, and  Earth Architecture , a history of building with earth in the modern era to exemplify new, creative uses of the oldest building material on the planet.

Emerging Objects, a company co-founded by Rael, is an independent, creatively driven, 3D Printing MAKE-tank specializing in innovations in 3D printing architecture, building components, environments and products (a short documentary of their work can be seen here). A monograph of the work of Emerging Objects entitled Printing Architecture: Innovative Recipes for 3D Printing was published in 2018 by Princeton Architectural Press. He was the co-founder of the start-up wood technology company, FORUST, where he maintains a position as design and technology consultant.

His work can be seen in several documentary films produced by The Museum of Modern Art for his work on the U.S.-Mexico border and for additive manufacturing, by KQED in an emmy winning documentary film about the work of his creative practice, by The New Yorker, and for his humanitarian initiatives with the international aid organization Alight (formerly the American Refugee Committee).