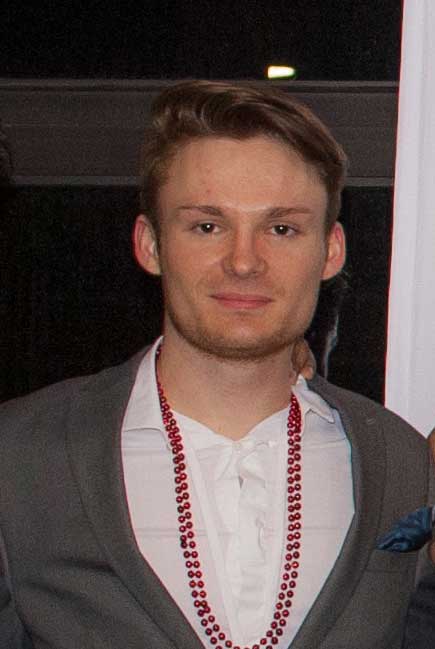 Richard Shafer is a third year student at Lawrence Technological University (LTU) dual majoring in architecture and interior architecture. Richard served as the Midwest Quad Conference Chair, which was held in Detroit, Michigan from March 11-13, 2016.

“Ever since moving to the Detroit area, my love for the city has only increased,” said Richard. “Every conference or event [I’ve] attended with AIAS has increased my love for the organization, which caused me to want to give back to our LTU chapter and the national organization as a whole. The opportunity to plan the 2016 Midwest Quad Conference helped me to further develop my understanding of the profession of architecture, as well as allowed me to make connections that I otherwise would not link on my own.”

Courtney Sturgis serves as the LTU AIAS Chapter Secretary and was a part of the team that planned the Quad Conference. She said Richard had the vision to host the event. “This never occurred to me that this would happen until Richard brought it up over a year ago. He knew his strengths and his confidence in himself turned into a conference that was highly successful.”

LTU AIAS Chapter Communications Director Anthony Rosas applauded Richard’s leadership skills as the quad conference chair. “He coordinated specific tours and workshops that pertained to the alternatives of architecture. Despite the challenge of planning an event at this magnitude, he always seemed to have a smile on his face. He is a very humble person that would never take credit for doing something good.”

Richard said hosting the event also strengthened his chapter. “Quad has helped our chapter bond on a different level and bring out leaders in the process. Although the process was long and stressful, our team was able to pull through and put on an amazing conference and achieve our main goal of killing the negative stigma attached to Detroit. Without our team, the conference could not of happened.”

Richard said the AIAS became a huge part of his life since the beginning of his college career. “The AIAS has given me the chance to develop relationships on the professional level and gain lifelong friendships in the process.”

While Richard has three years left of his education, he knows he wants to continue to “play a role in improving the city of Detroit and morphing it into the city that I know it can be.”

You can nominate an outstanding AIAS member for Chapter Leader of the Month at www.aias.org/nominatechapterleader.