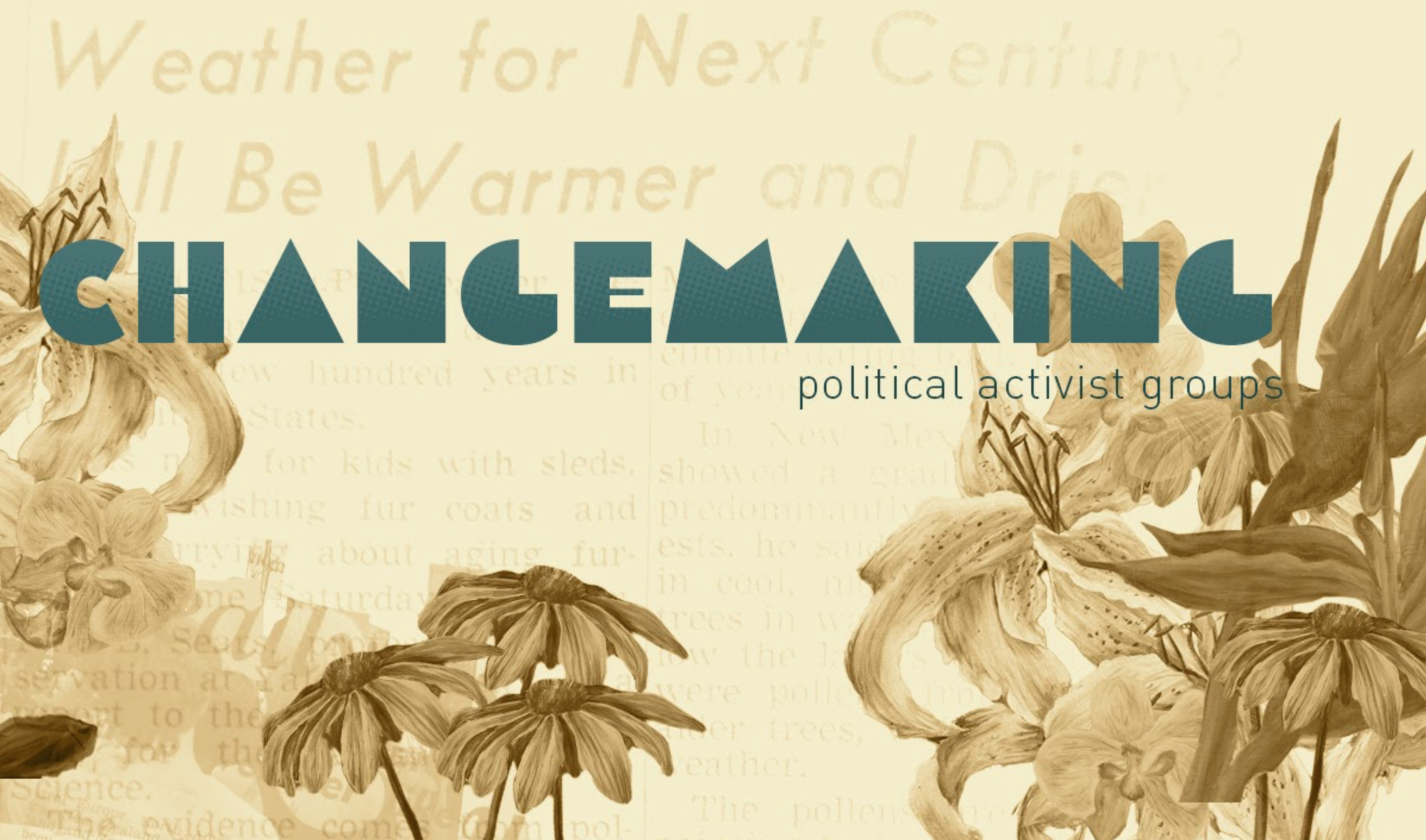 In the 2016 election, over 9.7 million went to the polls which was .2 million more than the 2012 election. In 2018, 10 million students voted. As the trends show, students show up to the polls and for better or worse, make an impact on the political world. As individuals, we have so much power in the political field and we have the capability to come together as architecture students to make real change happen, especially in light of climate change.  I’m Moid Ali, a 2020-2021 AIAS Advocate on environmentalism and in this month’s blog post, I’m going to explain some ways on how to be politically active in the world of climate change. For anyone who missed my little spiel at Grassroots, the blog posts would outline different ways to be active and how to go about doing it. For instance, how someone could go about starting a zero waste lifestyle and they document it through a personal blog. Or ways to get politically active, environmentally, on a smaller scale. By the end of the year, I hope that this series will inform myself and others about ways they can be environmentally active and how we can integrate changes in habits in our daily lives as well as find a way to support causes that we feel comfortable in. A little caveat is that I am not involved in all of these organizations because I have chosen to invest myself in the mission of Citizens Climate Lobby. However, I have listened to speakers from a lot of these organizations and have tried to keep up with the work they are doing.

The first (and potentially the most important idea) is to vote. With the presidential election coming up this November, now is even more important to look up the candidates running and what their policies for climate change policies are. A source that I found pretty recently is the Environmental Voter Project (https://www.environmentalvoter.org/) which is an organization focused on encouraging voters to vote for environmental policies and convincing their representatives to pursue eco friendly policies. On the local scale, and what affects us the most, is researching goals of local representatives and finding out what their plans are once they’re in office. Even though there are challenges with incumbents in office, the solution lies with my next few points: environmental activist groups.

The activist group that I am starting off with and the one I am most familiar with is Citizens Climate Lobby (CCL). I got involved with CCL my freshman year of college when I saw an add for the club on Illinois Tech’s Facebook page. It was at that first meeting where I figured out a) how little I know about climate change and b) I learned what I could do to help the environment. CCL is a non-profit, nonpartisan organization focused on policies to combat climate change through political means. The policy CCL is currently advocating for is H.R. 763 which is the Energy Innovation and Carbon Dividend Act. The bill is proposing a tax on importers and producers that increases each year to persuade consumers to find and use cleaner alternatives. The key feature to this act and what sets it apart from other carbon taxes is that it has a dividend so that Americans are getting money back each month. I had the chance to talk to my representatives about this bill and CCL has a template email to send to your representatives as well! I try to get it out once a month and it is always enlightening to hear their stance and priorities on climate related issues. Here is where you can get more involved with Citizens Climate Lobby: https://citizensclimatelobby.org/ Another organizations with a similar aim is Students for Carbon Dividends (https://www.s4cd.org/) where students can endorse a carbon dividends and have their student government presidents endorse as a school.

The next organization is the Sierra Club Foundation. I think this is one that I see a lot in my media feeds and part of that is the Sierra Club is long established and has a large scope. The goals of the foundation are to promote clean energy and improve the environment by acquiring individual and institutional donations to lobby for environmental legislation, protect state and federal wildlands, and promote eco-conscious tourism. The club has gained over a million members throughout its history and has done a lot of work protecting national parks. The Sierra Club also participates pretty heavily in the electoral process because of its status as a philanthropic organization and can enact change through lobbying. To found out more information about the Sierra Club Foundation, go here: https://www.sierraclubfoundation.org/

The final source I want to share is dependent on where you’re from. There has been a rise in local movements and organizations, especially with the youth, so look out for the goings on in the community and see where you can get involved. I’m from Indianapolis and one of the first large scale environmental things I did was with Keep Indianapolis Beautiful and hundreds of people gathered on a Saturday to clean up a pretty large neighborhood in the city. It was pretty powerful to see the impact this group of people could have on the area and accomplish together, united. Being in Chicago, the youth here are so smart and so persistent. The Illinois Youth Climate Movement has organized strikes and walk ins and have really galvanized to make their voices heard.

I by no means know of all the environmental groups that exist, but there are some that I have heard of and checked out. Over the course of the year, I hope to find some more groups to get involved with and share them with everyone. I definitely want to hear everyone’s thoughts on environmentalism and why they care about the earth. So feel free to shoot me a message on Slack, send me an email (mali47@hawk.iit.edu), or even send me something cool on Instagram (@_moidali). I am beyond ecstatic to be able to share what I know with everyone and learn a lot more about environmentalism. As a little sneak peak, next month’s topic will discuss privilege in environmentalism.