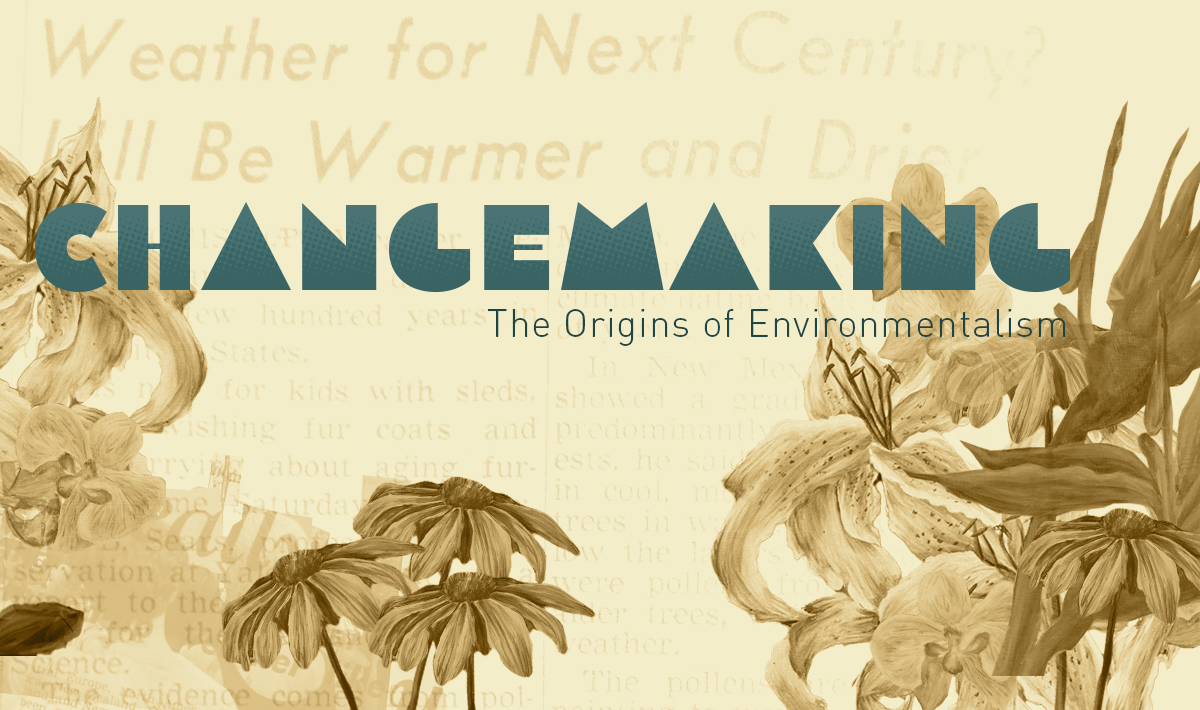 The environmental movement is long lived and will be long lasting. The early accounts of environmentalism is with the beginnings of civilizations over 5,000 years ago. Humans looked to nature and prayed to it. The earth was a god and humans treated it as such. In early writings like in Greek, Roman, Indus civilizations, and South American groups each wrote about nature and the effects of it on their civilizations. Progressing in time, European settlements did do some to control the effects of pollution due to the amounts of smog in an area. Through art and writing, we see how people reacted to nature or the detriment of it.  Specifically in Europe in the 1800s, Romanticism ran its course through Europe after the Enlightenment. A sudden shift in thought, an epiphany, a cartoon switching on of a light bulb, the notion of appealing to thought, process, and reason was changed. The appeal of Romanticism is how it dealt with returning to nature and appreciating the imagination of it all as a direct response to the industrial revolution. Romanticism really supplemented and grounded the environmental movement.

Progressing about one hundred years forward from the Romantic movement, early groups start to appear in England. The Society for the Protection of Birds started in 1889 and the National Trust for Places of Historic Interest or Natural Beauty appeared in 1894 appeared throughout the country. In America, the movement had similar roots as in Europe. With Ralph Waldo Emerson and “Nature” Henry David Thoreau and “Walden.” The culmination of transcendental reading flowed along what others were thinking. John Muir started the Sierra Club in 1892. John Muir wrote books, articles, and essays about the Sierra Nevada and protecting natural land. The Sierra Club is the reason the national parks started with the idea of preserving land. This led to the creation of Yellowstone National Park in 1872 after the Sierra Club defended it and it being the first National Park in the United States. Alongside the Sierra Club, other groups formed and led to Woodrow Wilson starting the National Parks Service on August 25, 1916. Some of the early National Parks, in the United States and globally, were Sequoia National Park in 1890, Grand Canyon National Park in 1908. Kruger National Park started in South Africa in 1898, Kaziranga in India started in 1905, and Sweden established seven national parks in 1909. Fast forward a half a century forward at the peak of the environmental movement.  In the 1950s, 60s, and 70s. Within that span of those few years, there were big strides for the movement. A big part of this was caused by the publication of multiple books during this time, relating back to the earth. Silent Spring, published in 1962 by biologist Rachel Carson warned against the harmful effects of using the pesticide DDT. The publication of this book heavily influenced the creation of the Environmental Protection Agency in 1970 by President Nixon. Ten years after Carson’s book was published, the EPA banned the use of DDT. Other books published at this time were A Sand Almanac in 1949 by Aldo Leopold which discussed the importance of protecting the natural environment, The Population Bomb in 1968 by Paul R. Ehrlich predicted famine when overpopulation would take place, and The Whole Earth Catalog first issue in 1968 by Stewart Brand was a catalog providing information about new tools, technology, and information on why they are important.

The culmination of books and public groups allowed for people to galvanize for action. April 22, 1970 was the first Earth Day. The event was conceptualized as a way to inform students, greatly after the Santa Barbara oil spill that year as well as the first photos of the Earth from space being revealed. The campaign was led by Wisconsin senator, Gaylord Nelson, and organized by college students, led by Denis Hayes. The event was for taking issues relating to the environment and elevating them to the public conscience. Over 20 million people attended and really bolstered the climate movement for the next year. The same summer of the first Earth Day, the organizers waged against 12 members of congress who did not support environmental issues and got seven of them out of office. In 1976, an essay published by Amory Lovins called Energy Strategy, The Road Not Taken? is describing the hardship relying on fossil fuels and nuclear will lead to and the soft path is the reliance and research of renewables energy as primary sources. In 1979, President Carter advocated for conservation and installed solar panels on the White House, later removed by President Reagan. At this time we also see a spark in ethnic groups linking social justice with climate justice to allow for action to happen in their neighborhoods and cities.

Moving a little closer to present day, a 1991 poll was conducted and 78% of Americans labeled themselves as environmentalists. When recession hit in the 2000s, the movement began to die off quite a bit. In a similar poll to the one in 1991, the 2016 poll found that 42% of Americans identified as environmentalists. Bringing us to modern times, countless groups have since started and pushed climate efforts even further than they were.

Please send me thoughts on where you see the climate movement going, how you fit in the puzzle, or anything else, climate related or not. Feel free to shoot me a message on Slack, send me an email (mali47@hawk.iit.edu), or even dm me on Instagram (@_moidali)!

A Brief History On Environmentalism

We need to honor the roots of environmentalism

A Brief History of Environmentalism

How the largest environmental movement in history was born

Origins of the Environmental Movement

Americans’ Identification as “Environmentalists” Down to 42%