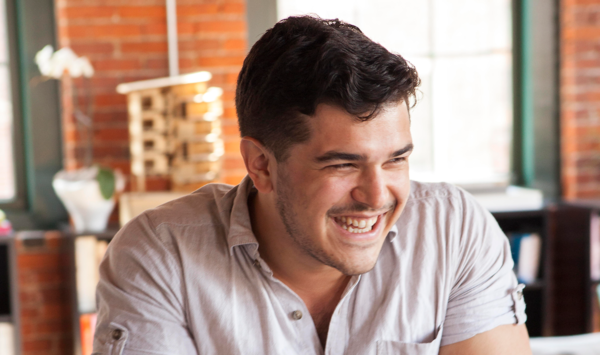 The AIAS is pleased to announce the 2018 CRIT Editorial Team, led by newly appointed Editor-in-Chief Cyrus Dahmubed, from the School of Architecture at Northeastern University and Design Editor, Kirk Newton, from the School of Architecture at Carnegie Mellon University. The 2018 CRIT team will be responsible for the publication of the Summer 83 (digital) and Winter 84 (print) editions.

“After serving as the President of Northeastern’s AIAS chapter last year and getting to know some of the organization’s incredible students across the country, I am thrilled to be part of the CRIT team for the coming year. I hope to use the upcoming two issues not only as an opportunity to feature some of the wonderful work done by AIAS members through a meaningful curatorial lens but also to use this work as the inspiration for a re-positioning of the publication to better serve AIAS members and engage them with broader design discourses.” – Cyrus Dahmubed

Cyrus is coming to CRIT after serving as the founding editor and curator of the award-winning graduate student publication and colloquium series Common Ground at Northeastern. He and his work have been featured in ArchitectureBoston, H+ Magazine, Curbed.com, and BostInno.com, and in addition to his role as Chapter President in 2016-17, he served as a member of the AIAS FORUM 2016 Elections Committee.

Kirk is coming to CRIT after spearheading the graphic identity for Forge, the 2016 Northeast Quad Conference hosted by Carnegie Mellon. His resume also includes the 2016 Design Award for Excellence in Representation for 4th year, along with the marketing of CMU SOA’s 2016 and 2017 Lecture Series.

“Creating a lasting graphic identity for CRIT presents a unique challenge. The typography and layout must come together to create a consistent, clearly recognizable, and flexible language that represents AIAS into the future. Simultaneously, the layout must never upstage the content itself, because the ultimate goal of CRIT is to showcase the diversity of writing and work by AIAS members nationwide. As the very first design editor, I’m ready to be a little irreverent, a little unapologetic, and to upend all expectations of what a student-run publication looks like!” – Kirk Newton

The 2018 CRIT Editorial Team will be comprised of:

CRIT is the journal of the AIAS and the premier publication of student’s in architecture, design, and associated fields. Published since 1976, CRIT offers a variety of opportunities for AIAS members and acts as a forum for critical discourse and the dissemination of knowledge.

CRIT is your opportunity to distinguish yourself from your peers and provide you a competitive edge. CRIT presents opportunities for students to have their work published in a national journal that is read by thousands of students and is a part of the collections of nearly every architecture school library and a growing number of architecture firms.

Interested in submitting to CRIT for the upcoming issues? Submit now.