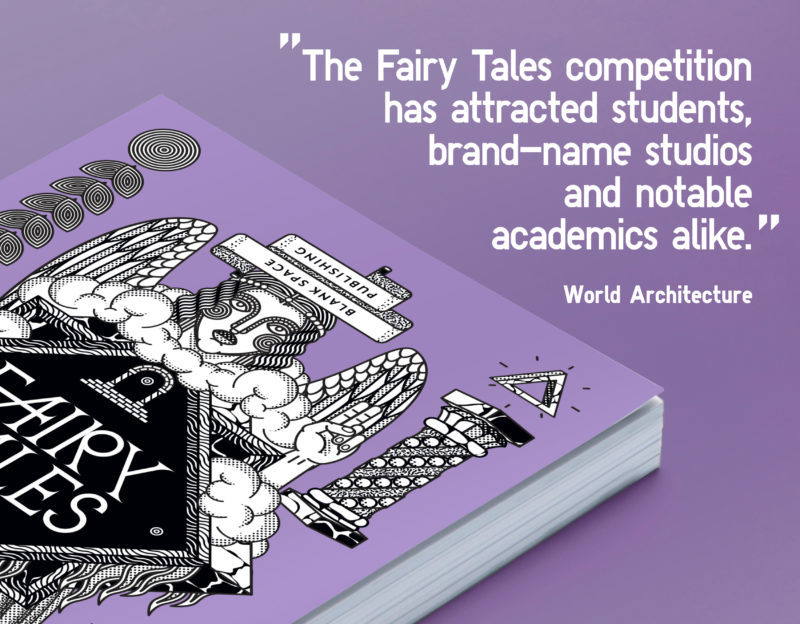 The AIAS has partnered with Blank Space to put on the 2017 Fairy Tales Competition. After the record-breaking success of last year’s competition which drew over 1,500 participants from 67 countries, Blank Space is excited to announce that the 2017 edition is open for registration. Now in its fourth year, Fairy Tales is the largest annual architectural competition in the world.

Blank Space has partnered with the AIAS along with the National Building Museum, Archdaily, Archinect, Bustler and Design­Milk. The competition will be capped with a special celebration at the National Building Museum in February 2017 for all winners, participants, jurors and VIPs. Fairy Tales is open to all and invites architects, designers, writers, artists, engineers, illustrators, students and creatives to submit their own unique architectural fairy tales. A successful entry crafts a text narrative, along with 5 images, in the most spectacular way possible.

“Every week or two we are approached by someone that has used the Fairy Tales competition as a spring­board to something larger. Some have gone on to host exhibitions or to put together wildly successful Kickstarter campaigns. Many have been published internationally and others have been expanded to become films, books, theses, research papers and comic books,” say Matthew Hoffman and Francesca Giuliani, Founders of Blank Space. “This is the ultimate goal of the Fairy Tales competition ­to prove that architecture can do more.”

Speaking of their winning entry to last year’s Fairy Tales competition, Alan Maskin (Principal, Olson Kundig) said “Our Fairy Tales 2016 submittal became a tangential detour from Olson Kundig’s ongoing investigation into urban rooftops, the largely neglected uppermost layer of cities. The idea of applying a narrative filter to both built and conceptual projects became another way to look at and critique design ideas.” He continued, “The truth is, the Fairy Tales competition introduced a connection to visual narratives and architecture that is now morphing to other ideas and projects in the studio. Submitting to the competition was the best provocation for us.”

Participants can register for a $40 Early Bird Discount until Wednesday, September 14. Following that, Regular Registration ($60) will be open until November 2, and Late Registration ($80) until the Submission Deadline on December 9, 2016.

Any AIAS member that registers for the Fairy Tales competition will receive a free copy of the newest Fairy Tales book – which includes 25 beautifully rendered architectural Fairy Tales. Information will be in your membership benefits email.

To register for Fairy Tales 2017 and for more detailed information, please visit: www.blankspaceproject.com

HONORABLE MENTIONS: The jury will select up to 10 honorable mentions.

FAIRY TALES: VOLUME IV: The life of the submissions doesn’t stop at the conclusion of the competition. Following the competition, Blank Space will publish the fourth volume of “Fairy Tales: When Architecture Tells A Story.” Select entries will be included in the book, as well as featured prominently on the Blank Space website. The book is sold at museums and bookstores around the world including The National Building Museum, The Museum of Modern Art (MoMA), NAi Booksellers and the Museum of Contemporary Art, Los Angeles (MOCA).