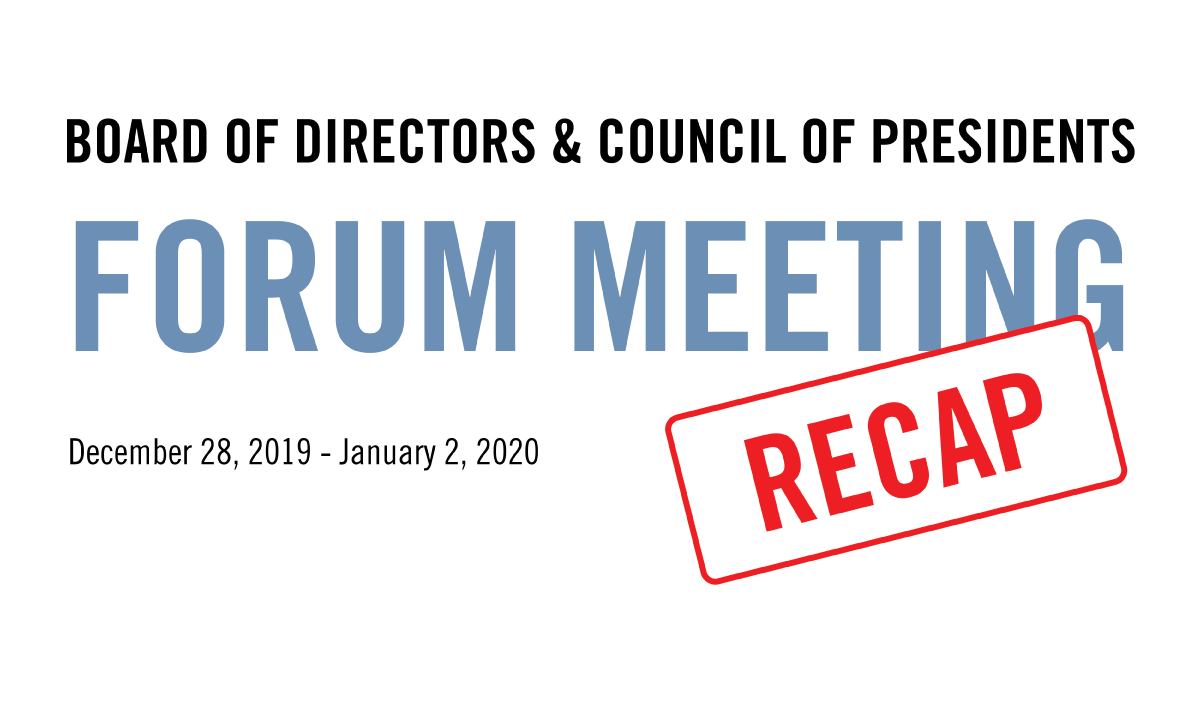 The 2019-2020 AIAS Board of Directors held their Winter Board Meeting at the 2019 FORUM Conference in Toronto, ON on December 28, 2019. The current Board members were joined by election candidates for the incoming Board of Directors, and all enjoyed a productive meeting full of tough discussions and considerations. A huge thank you goes to Taylor Smyth Architects for lending us their boardroom space, and giving us a fantastic tour of their office!

The Council of Presidents also met at the 2019 FORUM Conference on both December 30, 2019 and January 1, 2020. We received great feedback from Chapter leaders about the work that our Committees and Board have put together during the Fall semester, and the Board really appreciated the input and questions that the Council brought to the table. If you weren’t able to join us at the FORUM BoD and CoP meetings, here is what you missed:

The next AIAS Board of Directors Meeting will take place in Washington, DC, in mid-March 2020. The next AIAS Council of Presidents Meeting will take place in Washington, DC, at the conclusion of AIAS Grassroots on August 2, 2020. Stay tuned and check in with your Quad Directors for updates about how these discussions and actions are being resolved and affecting you as a member and chapter.