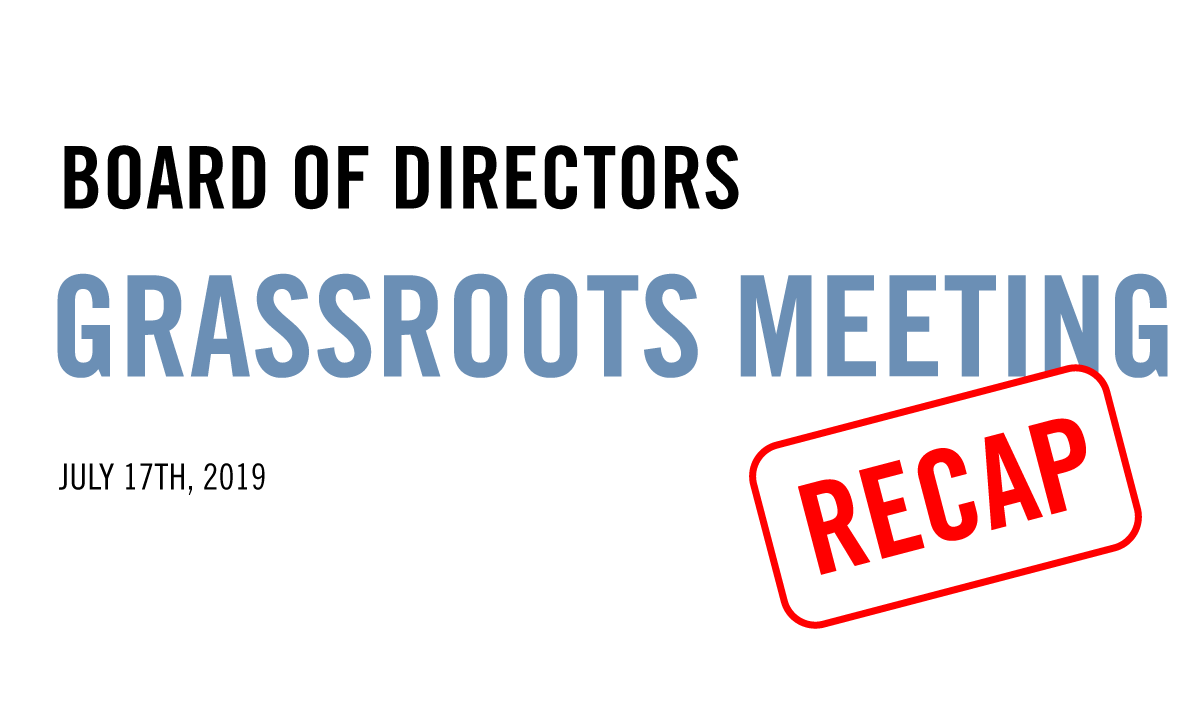 The 2018-2019 AIAS Board of Directors (BoD) held their final Board Meeting in Washington, D.C., on July 17th.  The outgoing and incoming Boards were able to think proactively and discuss a wide range of topics and initiatives that would inevitably have a lasting impact on the organization.  The current Board Members were able to look critically at the existing AIAS portfolio of member benefits, programming, and events, while highlighting to our future leaders the synergy and constructive deliberations that are possible in the Boardroom.

In addition, the 2019-2020 Council of Presidents (CoP) met on July 21st to conduct relevant discussions surrounding the future of architectural education and the organization.  In an attempt at maximizing transparency from the National level to the Chapter level, here is a recap of what was discussed and what was voted on at both the BoD and CoP Meetings in D.C.!

CoP Decisions + Motions from the Floor

The first official 2019-2020 Board of Directors Meeting will be taking place in Washington, DC in October, and the Council of Presidents will reconvene in Toronto, ON in December in conjunction with FORUM Toronto!  Stay tuned for more updates on how your leaders are doing everything in their capacity to amplify your voices and provide you with the tools and avenues you need for success.