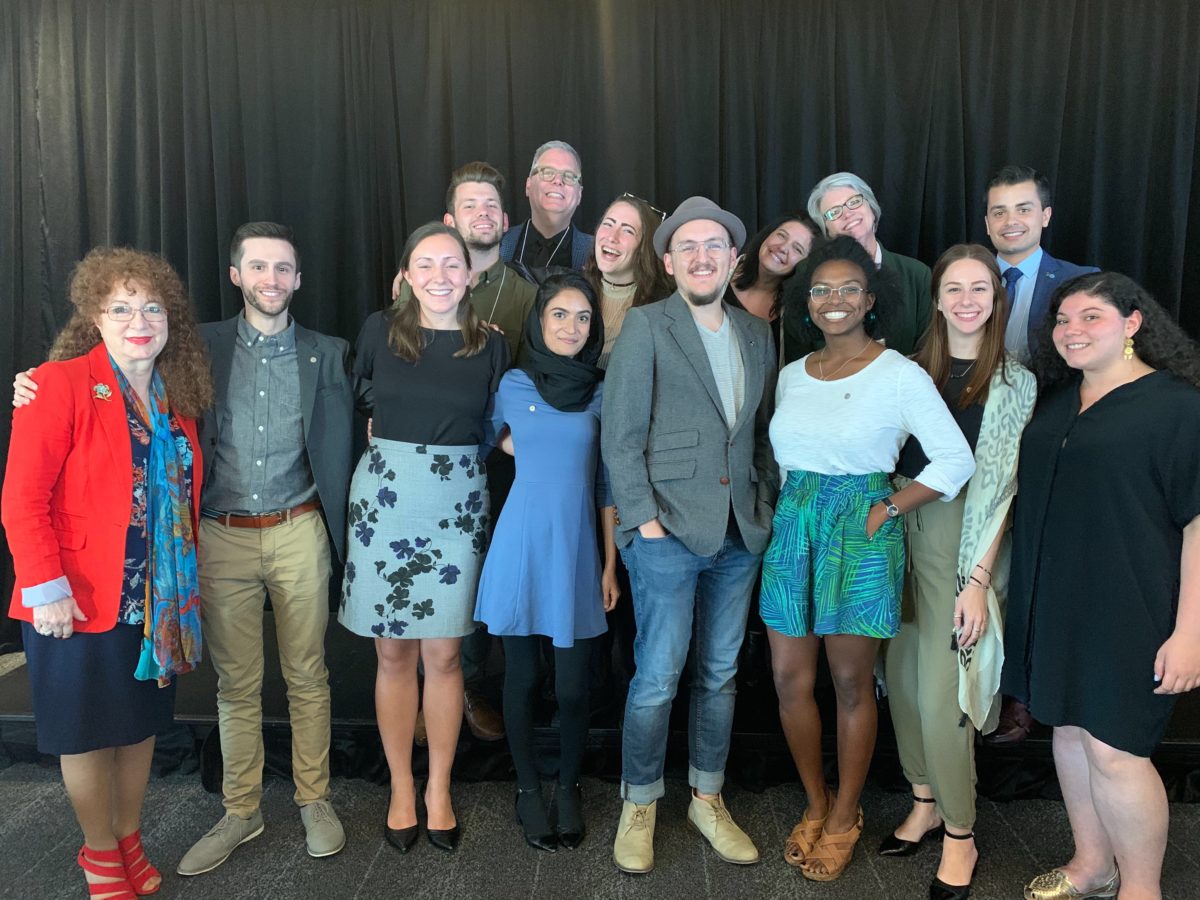 Draft 1 of the 2020 NAAB Conditions and Procedures for Accreditation has just been released! You can read through what the potential new standards of accreditation are and see a timeline of the entire process here. Public (that’s you) commentary about Draft 1 can be emailed to forum@naab.org until November 22, 2019. If you email us your thoughts at president@aias.org, then we’ll be sure to compile them into the report we give to the NAAB on behalf of the AIAS.

Here’s what you missed at the NAAB Architectural Review Forum:

Earlier this year, during the last week of July, members of the Boards of Directors of each architecture collateral organization (AIAS, AIA, NCARB, ACSA, and NAAB) as well as representatives from the National Organization of Minority Architects, the Canadian Architectural Certification Board, and the Coalition of Community College Architecture Programs, were hosted by the NAAB in Chicago, Illinois to discuss Draft 00 of the 2020 Conditions and Procedures for Accreditation of architecture schools. By inviting so many people from various perspectives and stages of their career, the NAAB was able to revamp what was traditionally a less cohesive and more impersonal meeting of the minds about the future of architectural education.

Though our AIAS Board was smaller in number than others, we more than made up for it with our prepared and unified voice on the subjects that were crucial to us as students: access to an interdisciplinary education; actionable attempts at cultivating diversity; a healthy and enforceable Learning & Teaching Culture Policy; and fundamental environmental literacy. We are happy to report that, for the most part, we weren’t met with too much opposition!

“Before we stepped into the NAAB Architectural Review Forum, I was incredibly worried that no one would take us [AIAS] seriously. But that was definitely not the case! We received a lot of complements on our ideas and the way we advocated for them. Because of the way we stood our ground and spoke up about the issues that were most important, the voice of not only the AIAS, but architecture students as a whole, was felt by every collateral member in that room.” – Adam Gregory Fogel, AIAS Vice President

The agenda for the meeting took us through key elements of what the NAAB ARF Steering Committees discussed and debated during their year of study and collaboration. Our Steering Committee representatives, Amy Rojas, Rafael Armendariz, and Stephanie Arranda, fought all year long on behalf of students towards the goal of making sure your architectural education is worth what you already pay without also costing you your wellbeing.

“All the discussions we had leading up to it, among our board, with the AIAS reps on the Steering Committee, with our committees and task forces, and during breakout sessions at FORUM and Grassroots, thoroughly prepared us for the ARF. We were able to bring forward the voices and concerns of our peers with confidence.” – Noor Ul Ain, AIAS Northeast Quad Director

Before the Forum adjourned, the Presidents of each collateral stood and announced what their organizations were willing to contribute to the culture that would not let this positive gathering end in vain. Everyone could agree that the following initiatives were necessary to keep the fire alive:

As for us? We promised to “undertake research, writing, and proposing a Universal Learning and Teaching Culture Policy for both the academy and practice, for support and endorsement (i.e. signature) by other collaterals. And as students are the future of the profession, the AIAS is also committed to holding everyone accountable.“ So business as usual!

Overall, as a Board, we were honored to represent the student perspective in an arena where the student voice should be the loudest. We wish the meeting and its discussions had been more specific, or at least oriented towards a detailed review of Draft 00. We also feel that including more representatives in the writing of the final draft would lead to a more cohesive understanding of how the collateral organizations can assist schools and universities in their striving towards raising the bar of education while lowering the gates that deny entry to so many.

The AIAS looks forward to future drafts and the final edition of the 2020 NAAB Conditions and Procedures for Accreditation, and to continuing vital conversations about architectural education.