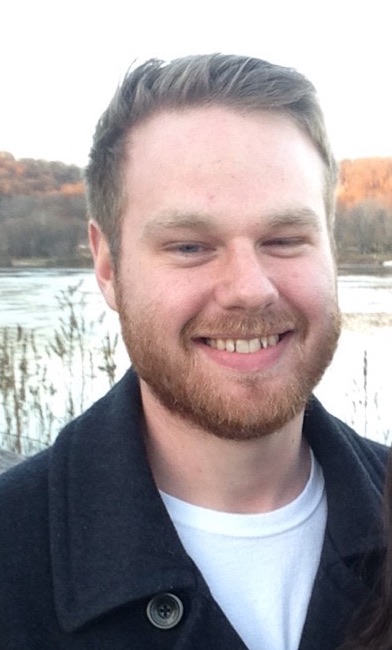 As a Graduate student, Rob is very involved within the School of Architecture and works as a Digital Fabrication Graduate Assistant, which entails overseeing the operations of the Digital Fabrication Laboratory with the school’s laser cutters and 3D printers. He also sits in on underclassmen critiques when he can and spent the last semester as a teaching assistant for a Freshmen studio, which he hopes to continue in the upcoming semester.

Northeast Quad Director Clayton Daher said Rob has been instrumental in crafting AIAS Marywood into a true precedent study. “In only five years of an architecture program and two as an active chapter, AIAS Marywood has grown to over 65 members. AIAS Marywood has turned into a powerhouse which is sure to keep on growing for years to come!”

AIAS member Maria Hurtado visited the school as part of a National Architectural Accrediting Board (NAAB) visit and praised Rob for creating a positive membership atmosphere for his chapter. “His excitement for AIAS have been evident through the amount of activities they have planned this past semester. Rob has done a great job in making a new chapter standout and become as established and prepared as a decade old chapter!”

Rob said he is proud of his members for shaping the chapter to what it is today. “If it were not for them, we would not be able to see the growth and actives that we have seen over the past semester. So many of them participate in our array of activities from something as small as a coffee sketch cup competition to something as large as a school wide Halloween Costume Contest.”

Clayton said the chapter has been successful on collaborating on various levels. “They have garnered full support from their local AIA chapter and worked with their dean to have the school match funds received from AIA. The chapter was integral in the accreditation process,” said Clayton. “Rob as even found a great destresser fundraiser, crushing the old models left from the accreditation visits.

Rob credits the other members of the chapter’s executive board for the success. ”Our chapter would not be able to continue this growth and involvement without my cabinet,” he said. “We are always keeping each other on the same page and ensuring that we live up to the promises we are making to our members.” He said attending FORUM this year was a huge accomplishment and his next goals for the chapter include gaining at least 30 more members to reach the 100 member mark and take as many of them as possible to the upcoming Quad Conference in Toronto.