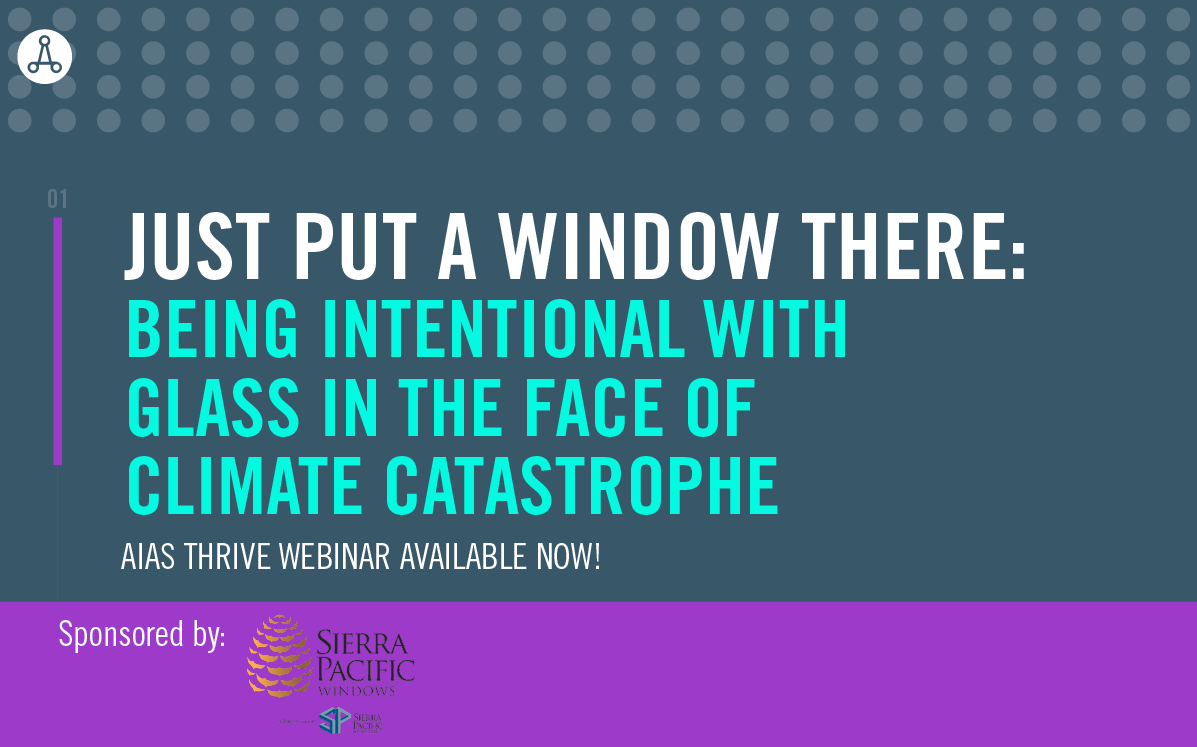 “Just put a window there!”

Being intentional with glass in the face of climate catastrophe

It happens to all design students. You have a wall, a deadline, and no patience left. What do you do? Put a window there!

But sometimes that’s not the best solution, or you’re going about it the wrong way, because let’s face it: you don’t learn about windows as much as you should. Sometimes the windows should face a different direction, sometimes a specific type of glass should be used, sometimes the framing should be chosen based on precipitation, and sometimes a window just doesn’t look right everywhere… So how do we use glass to make enclosures better in the age of climate change? Join experts on a crash course on openings.

View all Past Thrives Here

Thank You to Our Sponsor:

Patrick Charles holds a Diploma from the Ecole d’Architecture de Nancy, France, and a Master of Science in Architecture Studies from the Massachusetts Institute of Technology. He started his professional career at the Renzo Piano Building Workshop in Paris, France. Since 2000, he has taught at IIT, Roger Williams and Cornell. He has taught design studios and various other course in the areas of construction, building envelope, sustainability, structure, building systems, and building performance simulation. His current research interest is in building envelope and systems, natural ventilation, and so-called “concept-based” sustainable solutions.

Michael is an architectural consultant for Sierra Pacific Windows. Sierra Pacific is the country’s largest privately owned forest land with over 2.3 million acres. He is a nearly 30-year veteran in the wood clad window category with a wide range of experiences with every audience. His pursuit of the building sciences began during the summers while attending college at Westfield State University, framing new homes on weekends for book money. As an architectural consultant, he enjoys assisting the design community create their project visions through window solutions. He has worked on projects a small as a single opening to historic projects enveloping city blocks and embraces every challenge. Michael has been married to his wife Michelle for 22 years and they have three children. When Michael isn’t working, you’ll find him most likely at a baseball field, tearing it up on a golf course, consuming the latest comedy tracks, or tinkering with the technology in his home.