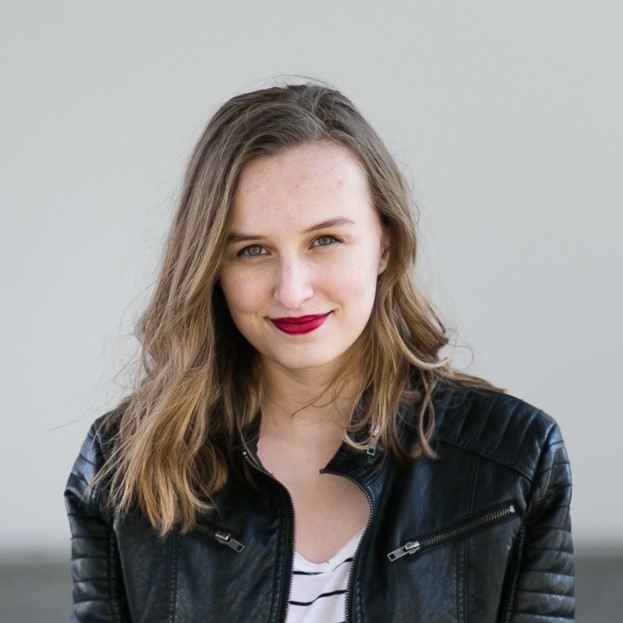 Liz Fraka is truly a force to be reckoned with. The care she has for her members is only equally matched by her drive to run her chapter smoothly.

Liz is a third-year M.Arch student at the University of Kansas from Shawnee, Kansas, a suburb of Kansas City. She chose architecture because its interdisciplinary nature combines her academic and artistic passions. Liz got engaged with AIAS her freshman year as a general member, and since then, has not stopped in her service to others. She served as Chapter Secretary and on the National Membership Committee her sophomore year. As secretary, she helped to establish regular engaging programming for a virtual school year- which was definitely not an easy task as we know! She has attended both Grassroots and Forum twice, as well as the Midwest Quad Conference.

Midwest Quad Director Baili Null has said that Liz has been an invaluable resource to chapters and members of their Quad. “I can always count on Liz to be at the first Heartland Huddle every month, excited and eager to share Chapter updates, even when they’ve pre-planned so seamlessly they don’t have many updates! One of my favorite things about Liz is her willingness to share her Chapter’s successes and challenges to give advice to other Presidents on everything from Beaux Arts Ball planning to Bylaws! She has played a huge role in stabilizing the chapter and reestablishing a new norm. Liz is incredibly knowledgeable about all things AIAS and has truly been a pleasure to work with!” says Baili.

She also founded the Advocacy committee for KU’s chapter, which has successfully continued and grown through this year.  Liz currently serves as Chapter President and on the National Education and Culture Task Force, ensuring that all the collaborative spirit at the national level of the AIAS reaches her members. Her efforts as president have been focused on returning the chapter to in-person and hybrid events. She is extremely passionate about this organization and the many ways that it can support students. We are so grateful to have Liz as a member of AIAS!

“Caliente” best describes Liz as a leader not only because she has gotten the KU chapter to heat up, but also because she is charismatic, full of energy, and ready to spread that energy to empower others to pursue leadership.