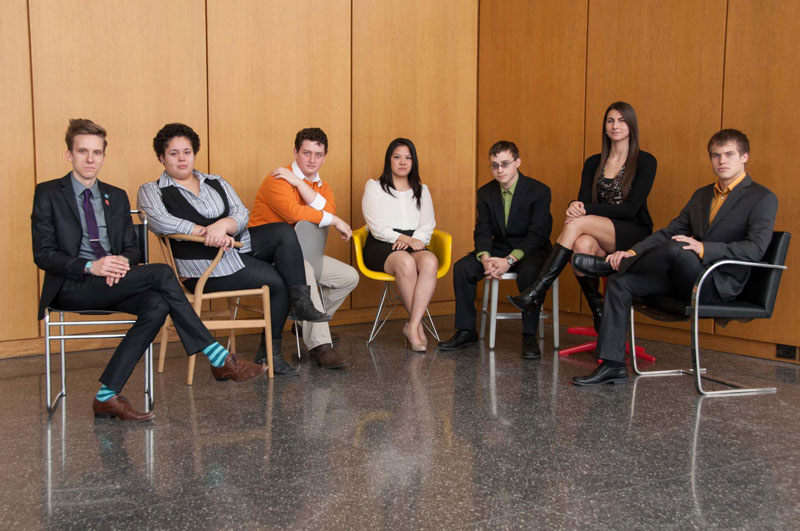 FORUM 2013. Day One. General Session. You can feel the unbound excitement, extreme passion and indescribable energy that fill the room. The feeling is still surreal to me. This is where my passion for AIAS was solidified, but… I may be getting a little ahead of myself.

At the time I was still pretty new to it all. I had no idea what AIAS had in store for me, no clue what the next few years of academia would look like, and I couldn’t have imagined how the people around me would shape my path. Nonetheless, my AIAS Story was underway, but to really understand it’s trajectory we have to jump back a year and a half.

It really began on Day 1 at the Illinois Institute of Technology: you see, I was overly active with clubs and activities in high school, and I had convinced myself that I needed a break and that I wasn’t going to get involved. But as you can probably predict by now I could not have been more wrong. One day during lunch a friend of mine said that he was going to an AIAS Meeting instead, so I tagged along. Within the meeting were a set of breakout sessions. We decided to check out the photography group, but the leader wasn’t there, so we shuffled over to this FORUM Planning thing that sounded pretty cool. We were greeted by Ryan Gann, who went on to be the 2013-14 Midwest Quad Director, and Taylor Chan, the FORUM 2013 Conference Chair. Their energy and excitement kept us, and we decided that we would stay involved with it. Before we knew it John Baldwin and I were serving together as the Marketing Directors for FORUM Chicago. Ryan and Taylor put their faith in us, something that I still respect immensely to this day. We had no experience, but they stood by our side the entire time we learned.

Flash forward to the moment described above. It is still as vivid as anything to me. I remember walking into that General Session and immediately thinking: “This is what we were working on?!?” I would’ve been terrified if we had only known, but there’s something about seeing your peers enjoy your work that makes it all worthwhile. After that conference, I was told two things by two different people that really charted my course. First, our Chapter President told me to prepare to lead the Chapter next year. I was humbled, shocked, excited and honestly a little confused as to what she saw. Second, a close friend told me that she expected me to be on that stage giving a speech one day. I laughed, told her she was crazy and that it probably wouldn’t happen, but little did I know that she’d turn out to be right. The coolest thing about this all was that I realized that people saw a potential for leadership within me that I didn’t even know that I had. I was hooked. 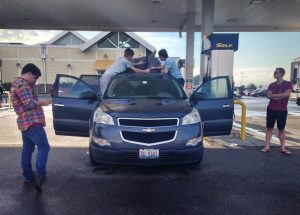 The summer after, I experienced my first Grassroots, and once again my perspective on the AIAS was completely redefined. Our Executive Board road tripped to DC: a journey of nearly seven hundred miles, but I wouldn’t trade it for anything. If you truly want to get leaders to work together, stick them in a car for twelve hours and have them navigate to their destination. Humor, good times and bonding are sure to ensue. It was a firm foundation for our year, and a great lead in to the conference. The highlight, though, was during Leadership Track when I realized how little I actually knew about being a leader. The amazing people who presented humbled me and opened my mind to so many new ideas. The other take away was the amazing people that I met. I can still remember walking along the mall and chatting about internships with Rachel Law and being confused as hell when Jenn Elder used the word y’all in our first conversation. I now serve on the National AIAS Board with both of the. The conference blew my mind and made me realize that AIAS is the missing piece: the piece that builds the relationships that complete your student experience.

Over the next two years I absolutely loved my time in serving our chapter. Being able to impact the lives of students at IIT was such a blast, and finally being able to tap others on the shoulder to answer the call to leadership made things seem to come full circle. The best part for me though was watching our members enjoy their experiences. I realized that I was no longer leading for myself, but rather leading to impact them. This led me to take the next step and to work with John again in the planning of another FORUM, this time in San Francisco. 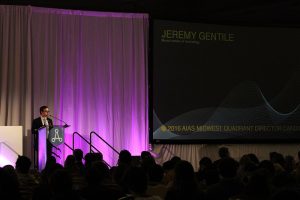 The process was different, and while we had experience, we still knew nothing. We had never been to the city and therefore had no feel for it’s character or local vibe. Luckily, we were surrounded by yet another amazing planning team that quickly became friends much like those in Chicago. In yet another full circle moment, I was up on stage delivering candidacy speeches much like my friend had predicted a few years earlier.

The funny thing about this, I almost didn’t run. I had decided that my time with AIAS was drawing to a close and that it was time to usher in a new generation of leaders, but at the last minute I realized that I was trying to justify not running because I was afraid to lose. What I realized was that this position was actually perfect to fulfill those responsibilities, and that I wanted to be the one to take that step. In a matter of five days, I saw faculty, mentors and friends rally around my effort, and I was able to submit my bid. The process of running for a national position was amazing. The people you meet and the bonds you form with your fellow candidates make it all worthwhile.

Now that my term has officially begun, I feel like I can finally see how all of the events on my path were connected along the way. It all clicked for me when raising my drawing hand with my colleagues up on the stage and being able to look to either side and into the audience to see the friends and mentors that have become like another family to me.

Much like how I felt after that first FORUM, I am filled with excitement, energy and passion, and much like that same time I don’t know what the future has in store for me, but if my AIAS career is any example, I trust that the people and experiences along the way will make it an amazing ride! After all, as Steve Jobs once said, “You can’t connect the dots looking forward you can only connect them looking backwards.”