AIAS > News > Council of Presidents > What Does It Mean to ‘Run From the Floor’ in an AIAS Election? 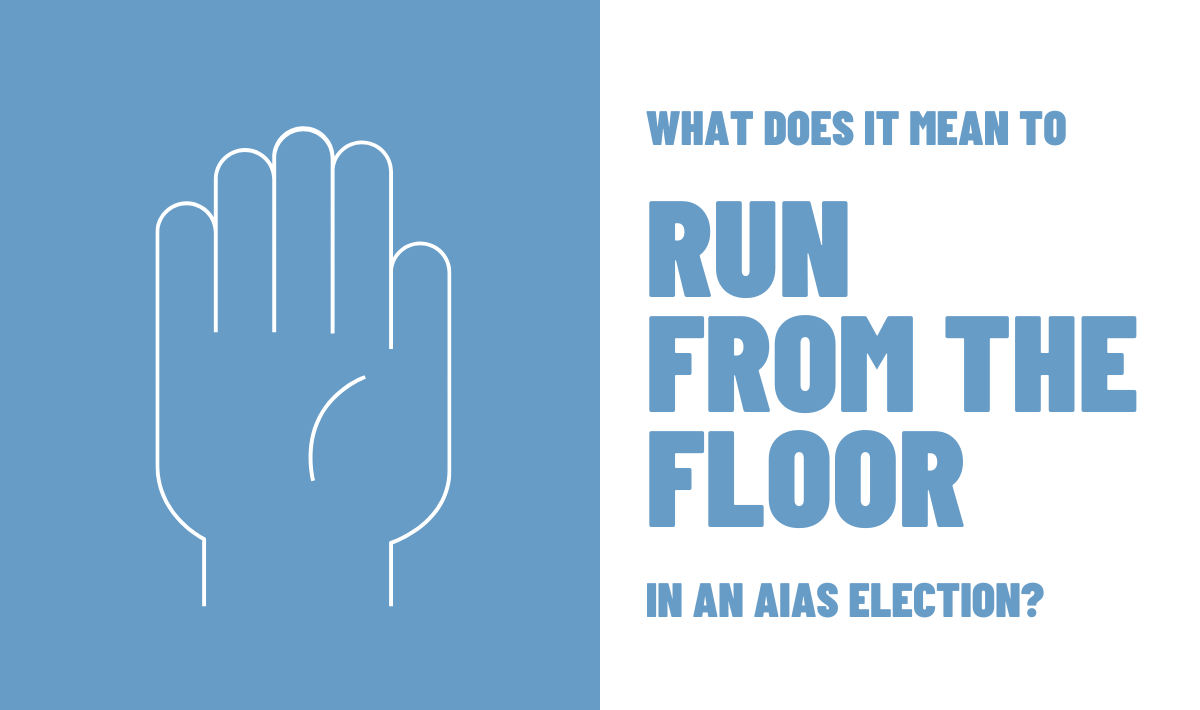 It can happen – all of our manifesting is for naught and the AIAS has long sought-after positions that are suddenly uncontested. What are our choices? What are YOUR choices?? What’s going to happen to the future of AIAS??

Luckily, there is protocol in place to make sure that the opportunity for leadership to step forward is always available.

In this case, Governance Weekend 2022, the roles of President and Vice President are both uncontested races. Here’s what happens next in this situation.

This would apply in races with just one candidate. This year, every other position is contested – go team!

For our purposes this year, candidates may declare and be nominated at the opening session of the Council of Presidents Meeting. This meeting starts at 12:30p EST on Thursday, January 5th. Near the beginning of the meeting there will be a ‘call for undeclared candidates’ to step forward. This is where you’ll speak up! Here’s what’s next after you announce your candidacy:

7.223 Nomination of Undeclared Candidates. Once an Undeclared Candidate has announced their candidacy as described above in section 7.221 or 7.222, and has been deemed eligible for candidacy by the Elections Chair, they must then be nominated for that position. Nominations of undeclared candidates shall be made by a delegate of the Council of Presidents from the floor at a time designated by the Elections Chair at the Winter Meeting of the Council of Presidents.

7.2231 Approval. If the candidate’s nomination is seconded by another delegate of the COP, as verified by the Elections Chair, then they are considered duly nominated for the office and placed on the official ballot.

See? It’s not so scary! It’s important to note that your nominator and seconder aren’t necessarily committing to voting for you, they are just supporting your candidacy to run. It is advised that you make contact with delegates to nominate and second you prior to announcing your candidacy at Governance Weekend. If you would like support in contacting other chapter presidents, please reach out to me at president@aias.org .

To run in a contested race, you’ll have to submit all of the elections packet material as the other candidates, so it would be a good idea to start working on that now. Additionally, you won’t be able to participate in the first speech, but it IS possible. for you to run successfully in spite of this.

If you are considering running in one of the contested races, as a first step please contact Elections Chair Scott Cornelius at pastpresident@aias.org for a further discussion about what’s involved in that process.

Thank you so much for your consideration in stepping up for a leadership role within AIAS! We can’t wait to see you at Governance Weekend!

Have fun out there,