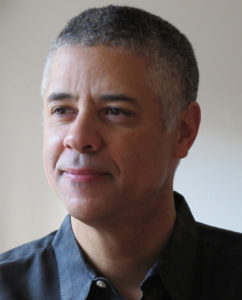 During Professor Fowler’s career he has received numerous awards in recognition of his teaching, research and community design activities, along with his students being successful in obtaining top honors in a range of national and international design competitions over a 15-year period. Selected recognition includes: 2012 DesignIntelligence’s 25 Most Admired Educators; 2010 ACSA Distinguished Professor Recognition; 2010 Cal Poly State University President’s Service Award (for interdisciplinary community design work), 2010 NCARB Prize for “Design Collaboratory” with Professsors Cabrinha, Doerfler, and Dong; 2009 ACSA’s Creative Achievement Award (for CIDS), Two – AIA Education Honor Awards for Integrated Project Studio (IPG) taught in collaboration with full time lecturer Barry Williams in 2009 and for CIDS in 2008; selected for the AIA Doer’s Profile in 2008; nominated two years in a row (2008-2009 & 2007-2008) for the University’s Distinguished Teaching Award and Distinguished Scholarship Award (also a finalist for 2008-2009); received the 2007 College of Architecture and Environmental Design’s Wesley Award for Teaching Excellence; the 2005 Architecture Department’s Faculty Teaching Award; nominated by Cal Poly’s College of Architecture in both 2001 and 2000 for the “U.S. Professor of the Year Award” and the California State University System’s “Wang Outstanding Teaching Award”; received the “1997 Young Faculty Teaching Award” from the Association of Collegiate Schools of Architecture/American Institute of Architecture Students (ACSA/AIAS) and was selected for the July 1994 “Young Architects” Competition, Progressive Architecture Magazine.

Thomas’ practice experience includes working for Davis Brody Architects in New York City, and Hartman Cox in Washington, DC. He has also served as Associate Head of Cal Poly’s Architecture Department from 2001 – 2007, served as the ACSA’s Secretary to the Board, 2004 – 2006, has been appointed to serve on the National Architectural Accreditation Board (NAAB) as an ACSA representative from 2007 – 2009, and has had extensive experience in participating on NAAB visitation teams to 14 programs (4 of these he chaired) around the country.

ARE Prep Tip: What is one piece of advice that you would give to those starting to test?

Don’t put it off – start taking as soon as you can.

How did your experience with AIAS help you to achieve your goals?

AIAS exposed me to a much larger global world of architecture and issues.

What and/or who shaped you into who you are and what you do today?

The role of running the organization as President at the time and working closely with the VP provided an important skill set for moving forward with consensus building and implementation.

How can someone best change the world?

Get involved with AIAS! Focus on what you want to do and just do it. Have aspirations that are much larger than you.

Travel and exhaust the possibilities with everything.

What is one tip you would give yourself in your 20s?

Have fun with life.

Just treat each challenge as an opportunity.

How do you define work-life balance and how is it achievable?

Work should be balanced with family, hobbies and plenty of daily exercise that keeps you healthy.

Being open to ALL the possibilities and not having preconceived ideas of how thing work before your try it.