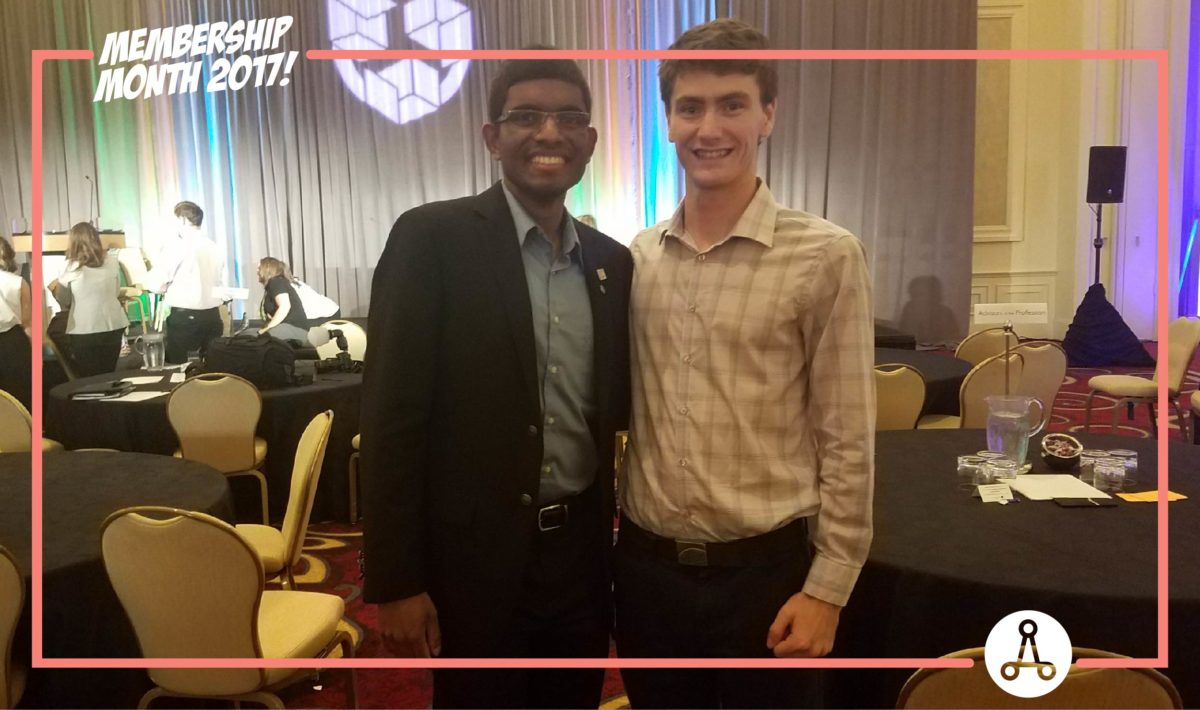 I remember the first AIAS event I went to as a freshman and hearing the mission statement of the AIAS. The mission statement for me reflected my connection to architecture through leadership, design, and service. From that moment on I was hooked, I knew this organization was something I wanted to be a part of because it’s beliefs were impactful and empowering. When I registered as a national member, I felt it was my responsibility to keep a balance of leadership, design, and service in my life. And so my journey with the AIAS began.

During my first year, I was the Historian for the Cal Poly, San Luis Obispo chapter which gave me an opportunity to have my first leadership position as a college student. Throughout the year I would attend all the events and board meetings, taking photos and posting them as necessary. This might not have been the most sought-after board position, but it was a start and allowed me to have some of my own responsibilities. As the year progressed, I attended Forum in San Francisco and automatically became inspired and excited about the future of the architectural profession.

As the year went on, I found myself getting more and more involved with the organization as I was able to surround myself with people that cared about my future and personal growth. When the year was coming to an end, I knew that I wanted to continue developing my leadership skills and so with the support of my peers and friends I ran for chapter president. I knew that it would push me out of my comfort zone and provide new areas for personal growth.

As the incoming president, I had the opportunity through my school to attend my first AIAS Grassroots conference where I attended the leadership track and learned countless lessons that have helped shape my character and confidence to this day. In the excitement of my first grassroots conference, I was eager to learn as much as I could and was always asking questions.

After the COP meeting, I was talking to a group of students from all over the country and one of them happened to be from my home state, California. We all talked and had a good time getting to know each other and talked about why we were studying architecture. Two months later, I received an email from one of the people I was talking to after the COP meeting, the email was a nomination to be the Student Director South for the American Institute of Architecture Students California Chapter.

This amazed me, I did not think I was qualified or ready to take on such a position, but when someone else nominated me, I felt capable of something I might have never thought was possible on my own. All of a sudden I found myself excited about running for a position that I didn’t even know I could be a candidate for. With the support and resources of both my local chapter and the national organization, I was able to discover that I am a confident, capable leader.