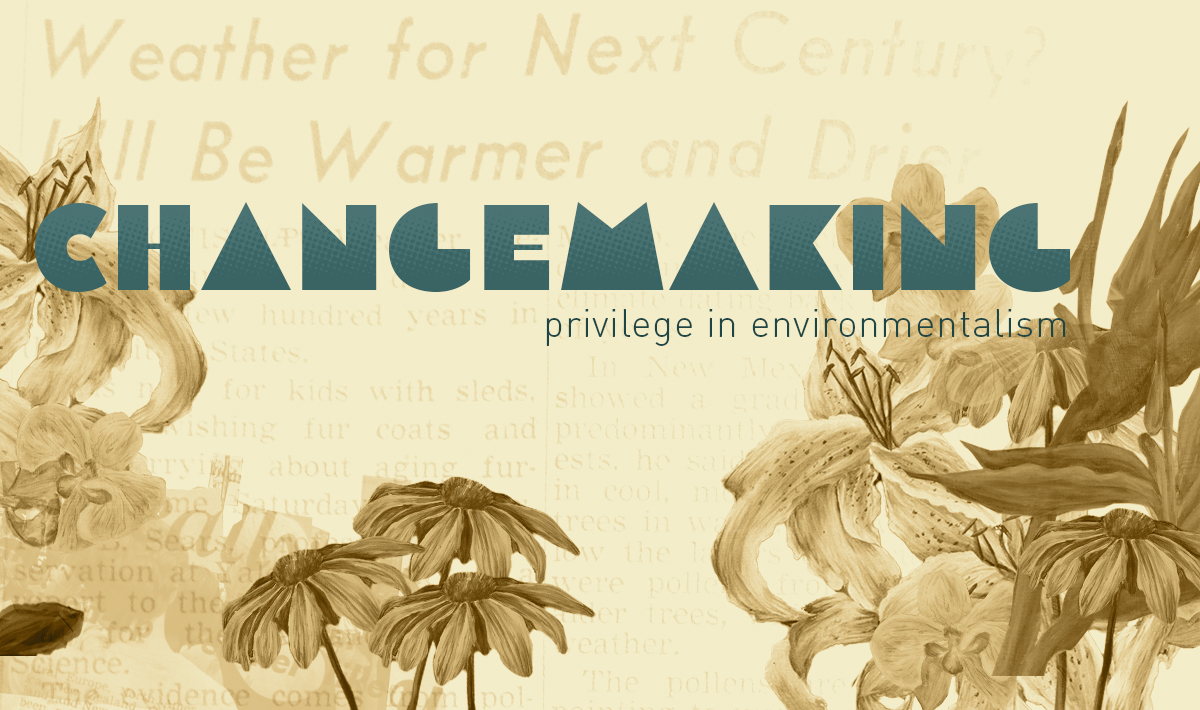 I’m sure we are all aware of what privilege is. Given all the events that have occurred this year, it has become most evident of the disparities marginalized groups face. There is probably no surprise when I ask someone to think of one way to be more sustainable. I’m confident that the latest Tik-Tok has us all up to date on what we should be buying to be more sustainable. (Side note: let’s just acknowledge that buying new and latest “eco-friendly” products is not a sustainable and green way of living, but that’s a topic for another day). As it goes by one of my past professors, he stated something along the lines of, that as architecture students we are among the upper class. I never quite understood what he meant while taking the class because I was like I have to pay off these student loans. How am I in the upper class? It occurred to me that he was talking about the fact that we have the privilege to go to a nice school and get a solid education that will eventually get us (hopefully) a nice job. I often forget to acknowledge that even though I am in a marginalized population, I still have some privilege. Just  attending college, is a testament to that fact. In terms of privilege in environmentalism, the matter is that it starts off small. Like buying a metal straw. Yet on a larger scale, what happens when communities start to shift to renewable energy or electric cars and people can no longer afford those commodities? 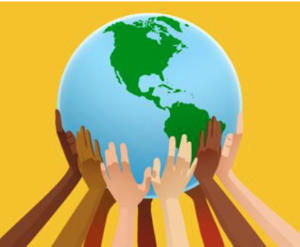 Privilege takes face in many forms. In the realm of environmentalism the two prevailing ones are race and wealth. One of the most devastating things is that the areas where climate change has had the most impact is home to disadvantaged people. When I Google pictures of environmentalism, most of the pictures that pop up are illustrations of people banding together and holding the earth.  This illustration is void of gender or income and depicts people of color, in unison, supporting the earth. Learning about marginalized communities (in the architectural and non-architectural sense) These images, like the one shown, fail to recognize that there are so many other factors placed onto the world. In addition to racism and poverty, climate change only happens to intensify the problems at hand. Social justice and climate justice really do go hand in hand. Let’s say, for instance, you are living in a food desert and have little access to fresh produce. Given the impact of climate change, the cost of produce has increased and now you can only buy half the amount of food you are usually able to and need to live.

I want to take a moment to profess some ways that we hold environmental privilege. This list is from an article written in 2012 by Liz Crampton, a current agriculture and food policy reporter for POLITICO Pro. (Link to the list can be found here: Environmentalism+Privilege) Some of the ones that resonated the most with me are:

I can choose to live in a neighborhood where many local services are accessible by walking or bicycling.

Especially living in Chicago, I now walk or bike to most places. Partly because I want to limit my exposure to germs on public transit, partly because of the ease, and partly because it is better for me and the world.

I can choose to spend time outdoors only when the weather is agreeable.

This is one example that I never considered was a privilege. I don’t have to worry about laboring outside in the hot or cold weather and can really just choose to do what I want to.

I can choose to focus my energies on causes that appeal to me, and I prefer ecology because nature is beautiful and the wildlife does not express anger toward me or cause me to feel guilty about the crimes of my ancestors.

Another example that I have not thought about, but it is eye opening because I am focusing on topics that I care about. Being one of the AIAS Advocates is only helping me do that. Born and raised in Indiana, I never really sat down and considered what it meant to be in the state with such brute namesake and the implications of living on that land.

So what can we do to address these problems?

I think that key takeaways I had from reflecting this quarantine was understanding my privilege. I was in a position to still be able to go to school, my family was able to keep/ find jobs, and I am lucky to say that I have not been greatly affected by COVID. I was thinking about my home and the downtown area and how it has changed greatly over my life. I was oblivious to the changes that were happening as I was growing up, but now realize the gentrification and displacement of communities. One of the things that first struck me as doing this is the reintegration of nature in a city. Surprisingly enough this action usually signifies some sort of economic change. In an action that screams “only the rich can live in nature,” is simply unjust and unfair. This is usually accompanied by bike paths as well.

The solution to environmental privilege is simply one, and I hate to be this person, that I don’t have the answer too. I do, however, think that we have to reintegrate a sense of belonging (in nature) back to marginalized communities’ youth. Also instilling a belief that the problems faced are because of climate change. When I was reflecting on downtown Indy, I came to the conclusion that nature is earned and not a right. Which should not be the case. It becomes so that people live their lives with minimal exposure to the outdoors or when they are exposed to the outdoors, it is of a negative nature with pollution and other hazards plaguing them. Another way to help is by contacting local representatives and governments to help in this by asking them to clean up the streets or add a bike lane, etc. Also, look for local organizations that make an effort to better neighborhoods. In highschool, I volunteered with Keep Indianapolis Beautiful (KIB) which planted trees and cleaned up local communities in the areas adjacent to downtown which were displaced. This is a way to directly help these areas and can give people an opportunity to grow with nature.

I would love to hear everyone’s thoughts on the topic and what is hindering people where you live. So feel free to shoot me a message on Slack, send me an email (mali47@hawk.iit.edu), or even dm me on Instagram (@_moidali). Also, let me know what you want to learn more about in terms of environmentalism! I’d love to explore some cool topics that people want to see brought to light.