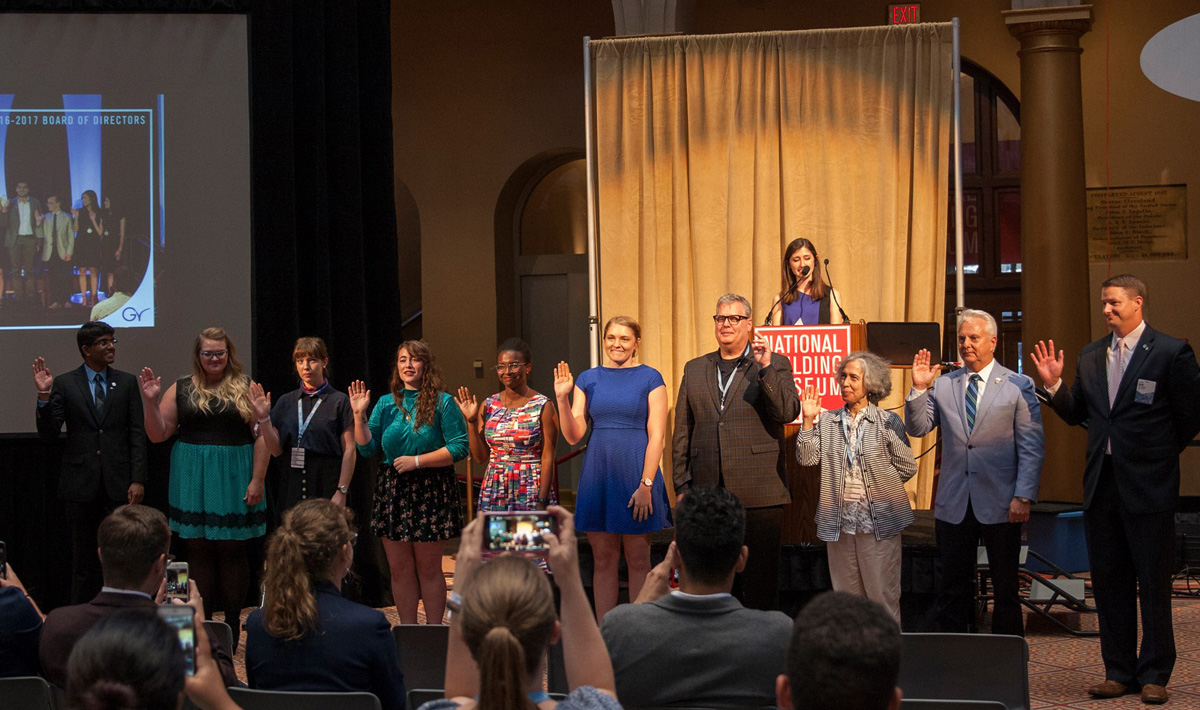 The Career, Lifestyle, and Innovation tracks brought in professionals to talk about best practices in their respective areas of expertise. Some sessions worked on personal development while others introduced the idea of entrepreneurship, design research, and public interest design. Other sessions focused on how to thrive in the first few months in the profession, how to use virtual reality in your work  and its real-time use in firms.

Student leaders led all of the sessions in the Leadership and Freedom by Design tracks in which they shared their successes and pain points for the incoming chapter leaders to learn from and improve upon.

During the opening ceremonies at the National Building Museum, the 2016-2017 AIAS Board of Directors retired and the 2017-2018 Board was sworn into office. The students were also addressed by the 2017 Moderator of the AIA Strategic Council, Jason Winters, the newly inaugurated 2017-2018 NCARB President Greg Erny, and the outgoing officers: 2016-2017 AIAS President Sarah Wahlgren and 2016-2017 AIAS Vice President Rachel Law.

Attendees also had the chance to tour the Capitol building.

The various Quads also had a chance to meet and discuss issues. They also voted on where the 2018 Spring Quad Conferences will take place:

All dates listed for the conferences above are tentative and are subject to change.

During the last general session of the conference, the AIAS and Schindler Elevator Corporation announced the winners of Elevate Your Pitch, an elevator-pitch competition. The three finalists, whose video entries were voted on by attendees at the conference, received cash prizes.

The final evening of the Grassroots Leadership Conference wrapped up with local firm receptions at FOX Architects, HOK, Gensler and CallisonRTKL. Students had the opportunity to meet and mingle with their peers as well as professionals from the various firms.

The final day concluded with the Council of Presidents meeting. Delegates from 78 chapters across North America and one delegate from Jordan convened to hear reports from the various committees and task forces and to discuss new business. This included incorporating sustainable practices within all national programs of AIAS, improving engagement with international chapters, and modernizing the elections process during FORUM.

Next year the Grassroots Leadership Conference will take place in Washington, DC on July 19-22, 2018.

View photos of the event on the AIAS Facebook page.