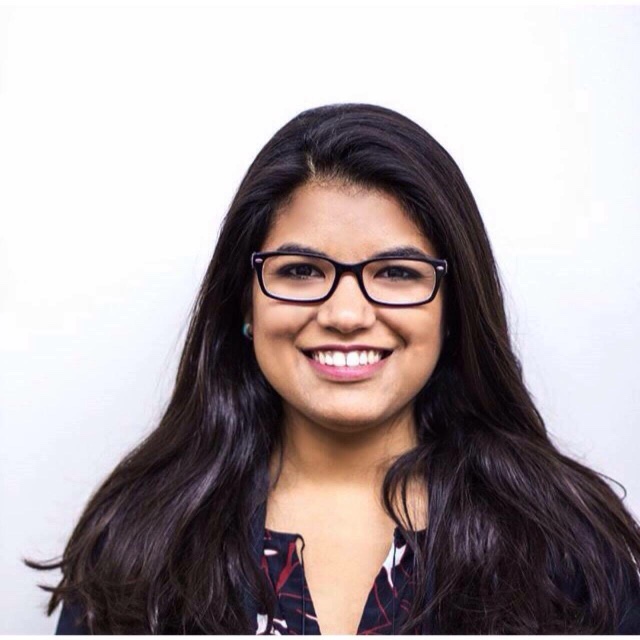 Ana-Sofia Gonzalez is a senior pursuing her Bachelor of Science in Architecture at the University of Texas at Arlington. She has been involved with AIAS since 2013. Ana-Sofia served as AIAS UTA Events Coordinator in 2014-2015, Vice President 2015-2016 and has recently been elected as President 2016-2017.

Within the past few years the chapter has not only doubled their membership but also their finances. With her leadership, she has helped to grow the chapter to more than 100 members. “With the organization that she’s provided our chapter, we’ve gotten so much more interest, particularly from freshmen and sophomores,” said Tania Lacona, who served as the chapter’s Freedom by Design (FBD) Project Manager and is the incoming FBD Director.

Tania said, “for the past few years, it’s been mostly juniors and seniors handling everything with a few freshmen and sophomores trickling into the organization. But this year, we’ve got a very good number of people from all levels of our undergraduate program because of all the hard work our leaders have done, especially Ana-Sofia.”

Miquel Mendez served as the President for the 2015-2016 school year. He said Ana-Sofia represents the great things that make up AIAS. “She also continuously shares with others and advertises AIAS as the greatest and most relevant organization that can prepare a student not only as a leader but also as a young professional in the realm of architecture,” said Miquel.

Ana-Sofia joined the AIA Dallas and AIA Fort Worth executive boards in efforts to connect UTA AIAS members with architecture professionals and leaders. In 2015, Ana-Sofia joined the AIA Dallas Latinos in Architecture (LiA) executive board as an Educational Focus Leader. In connection to her Urban and Public Affairs minor, she has recently joined Fort Worth Better Buildings Challenge (FWBBC) as part of the Finance and Communications Sub Committee, whose focus is on energy and water efficiency.

Following graduation, Ana-Sofia would like to work with a network of architects who will collaborate with urban planners, environmentalist, engineers and other professionals who strive to see positive change in underrepresented communities.