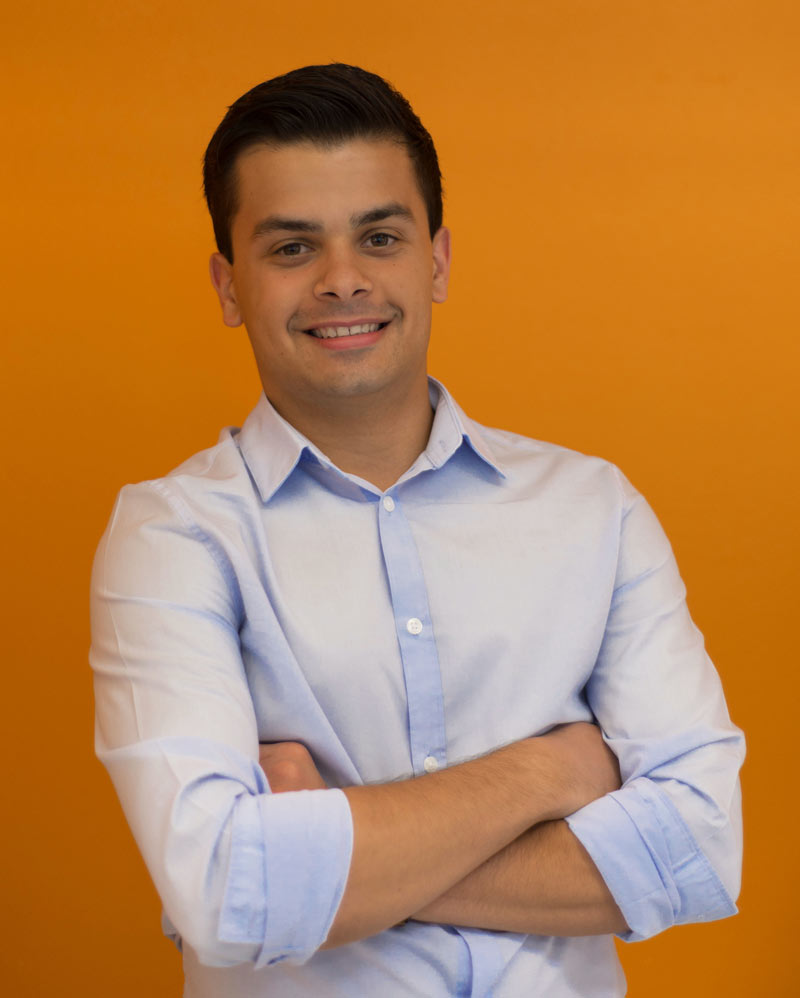 Dominic Armendariz, Assoc. AIA, is the President of the University of Nevada, Las Vegas AIAS Chapter. He is currently in his third year of study for his Bachelor of Science in Architecture and a business administration minor. He has had an active role in AIAS UNLV since his freshman year, previously serving as Secretary and Vice President before being elected President. In addition to his duties with his local chapter he sits on the AIA Las Vegas Board, 2016-17 AIAS National Finance Committee and interns at SH Architecture.

West Quad Director Elizabeth Seidel said Dominic is a powerhouse that you want on your team. “He sets lofty blue sky goals and with his dream team, who love him, they succeed at accomplishing them. He has the desire to connect with high school students, college students, peers, and professionals,” said Elizabeth. “With his enthusiasm and the positive work environment he radiates, I see no goal he can’t reach.”

Maelle Egea serves as the chapter’s treasurer. “Dominic has worked tirelessly the entire summer for to prepare for the semester. We would meet as a board once every two weeks for an hour or more,” said Maelle.

During his tenure as chapter president, Dominic has initiated several new programs at UNLV which includes partnering with AIA Las Vegas on a new mentor program that pairs third year students with young architects. The chapter has also begun a yearlong workshop series geared toward providing students with the skills they need to build off networking opportunities and attain internships.

Chapter Vice-President Rafael Armendariz said Dominic has made it his goal to get high schools more involved. Along with Faculty Advisor Glenn Nowak and Student Director Eduardo Sanchez, Dominic has started a high school outreach program to engage students considering architecture, letting them know about the opportunities at UNLV and to promote AIAS high school chapters.

Rafael said “just in the last few months he was able to get one high school to apply for an AIAS chapter, one verbally commit to it, and two more express interest. Dominic’s leadership has not gone unnoticed on campus or in the profession.”

Dominic credits the success of the chapter to his “rockstar” leadership team. “They are a talented group of students whose passion for architecture and the AIAS makes working together a pleasure. I look forward to seeing where they take the chapter,” said Dominic.

After graduation Dominic plans to pursue a Master of Architecture and ultimately architect licensure. Dominic would like to remain in Las Vegas and practice in the area. He said, “Over the past couple years, I have grown to love this town. It is my hope to use architecture and design to create spaces that improve lives and give back to the community of Southern Nevada.”